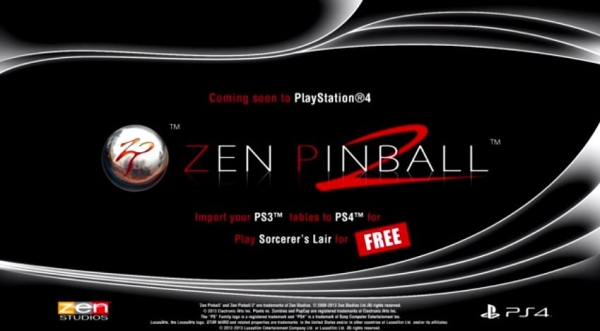 Any tables you’ve purchased for the PlayStation 3 will should carry over. Table packs, available for $9.99, will also be available on launch. Those packs include:

Be sure to check out the PlayStation 4 Zen Pinball 2 trailer below this article as well!

Zen Pinball HD up for grabs on Google Play