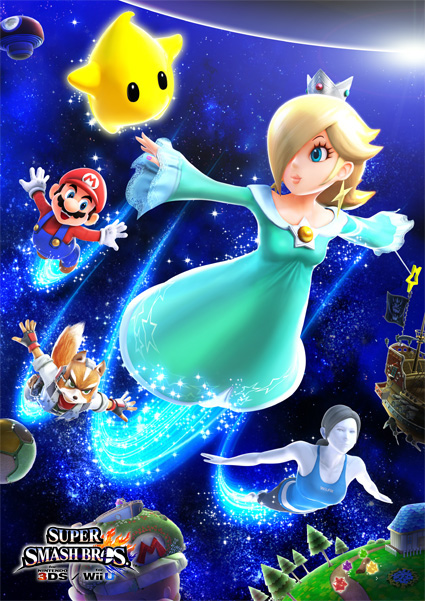 From beyond the stars

That’s right Nintendo fans, the cosmic guardian Rosalina has decided to try her hand at a little competition. Plucked straight out of Super Mario Galaxy, the space bound lady has seen a boom in popularity, appearing in Super Mario 3D World and the previous two Mario Kart games. But now, Rosalina is set to make her first combat appearance with her inclusion in the brand new Super Smash Bros.

From what is shown in the trailer, Rosalina will be accompanied in battle by Luma. This stellar sidekick is shown to aid in combos and a variety of attacks, changing colour at various intervals.

Rosalina will also return to the racing circuit in the new gravity defying Mario Kart 8. Clad once more in her racing suit, she will race against the likes of mainstays Mario, Waluigi, Bowser…all the classics. Also glimpsed in the trailer was the return of the baby versions of Mario, Luigi, Peach and Daisy.

Check out the trailers below and check out the girl that’s out of this world bring the fight to the challengers, on both the battlefield and the race track. May the stars shine down on you.