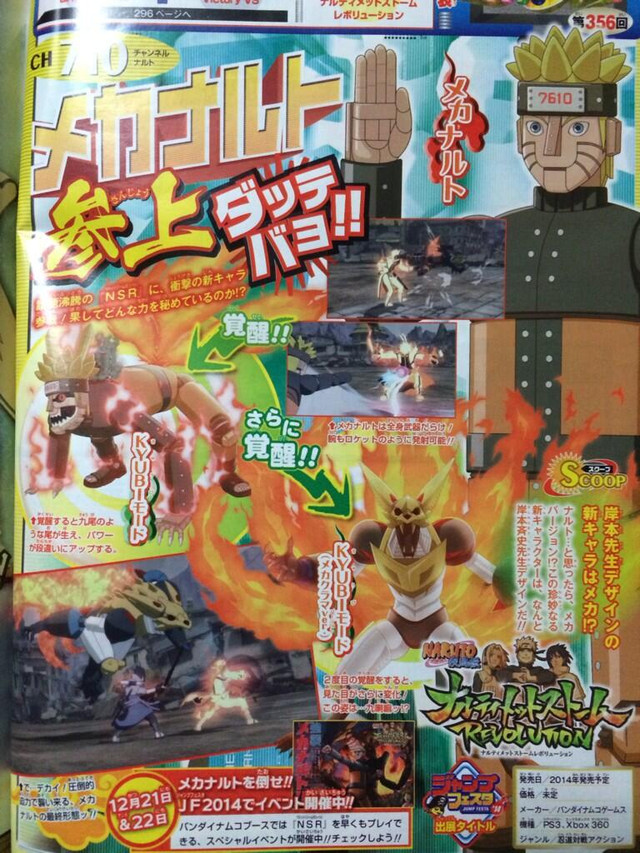 A couple weeks ago, at this point in time, Namco Bandai Games released news of a brand-new Naruto game to be released on the PlayStation 3 sometime in the coming year; Naruto Shippuden Ultimate Ninja Storm Revolution. What came with that news was the image of two odd-looking silhouettes that, while closely resembling that of the star character Naruto, no body really knew exactly who are what the character could possibly be. I, for one, speculated that it was some type of “dummy” character, I never actually expected it to be as cool and crazy as this: A Robot Naruto.

The new character was just revealed and it has actually made me excited for the next title in the Naruto game franchise. It seems as though the character, like most other characters in the series, has an awakened form where they’re a great deal more powerful and act as some bad news for your opponent.

The awakened version of this Naruto is a 3-tailed version of the Kyubi-Naruto that we’ve all seen in every game so far and throughout the series, the final transformation is a huge Mecha-Kurama that seems as though it would be more suited in a generation of Digimon than that of a Naruto game. All in all this character is looking fantastic and I bet it’s given a lot of Naruto fans just another reason to buy this Naruto game.