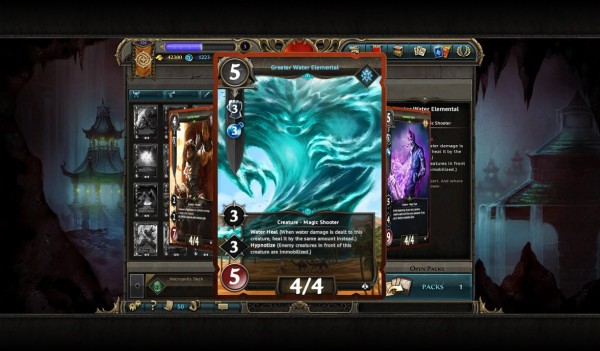 Ubisoft is preparing a new update for Might & Magic: Duel of Champions and in addition to some additional card types they are adding in one new feature that players have been clamoring for for a while. Where originally players needed to get the same card multiple times to use in different decks, the new update will allow cards to be used across multiple decks, just like in real life.

The new card types that are coming to Duel of Champions are buildings and melee-shooters through the Five Tower expansion, which will be adding 80 new cards. Buildings can be played on battleground positions and give buffs to players’ creatures, while the melee-shooters are a new type of creature that can attack from anyway and be used on any battleground space. Those wanting to see a little bit of what the new Might & Magic: Duel of Champions update will look like can click on the images in the gallery below to see the full-sizes screenshots and also check out the game here.

MIGHT & MAGIC® DUEL OF CHAMPIONS: REVEALS ITS SECOND MONTLY NEWS VIDEO FOR THE “ROAD TO PARIS” COMPETITION