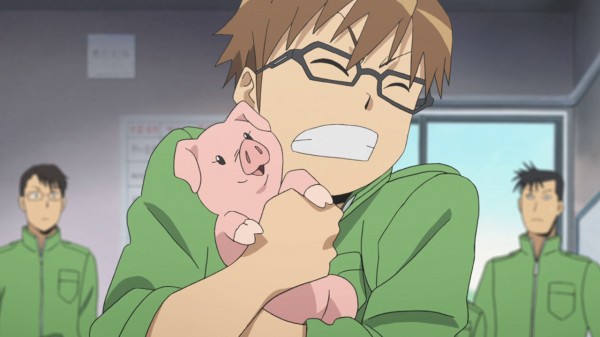 The next announcement as part of Madman’s #12AnnouncementsOfXmas promotion has just been revealed. The seventh announcement in the promotion is none other than the anime adaptation of Hiromu Arakawa’s farming manga Silver Spoon.

The Silver Spoon anime follows young rookie farmer Hachiken as he enters an agricultural school to escape the academic pressures of his old school in Sapporo. The anime has received critical acclaim since its release and has already spawned a second season set to begin airing in Japan in early 2014.

Madman plans to release Silver Spoon on DVD in late 2014. Stay tuned for more #12AnnouncementsOfXmas revelations in the coming days.