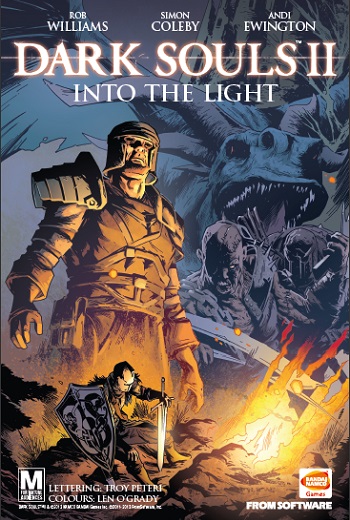 Today Namco Bandai has announced that they will slowly begin revealing pages from Dark Souls II: Into the Light, a comic based on the universe of Dark Souls II, on a weekly basis. Currently no pages have been revealed but you can check out the cover to the right.

The artwork is handled by Simon Coleby while the side story has been written by Rob Williams and Andi Ewington. As for the game itself, Dark Souls II is currently set to be released on the 360 and PS3 in Australia and New Zealand on March 13th and in North America on March 11th with a PC release sometime shortly after.