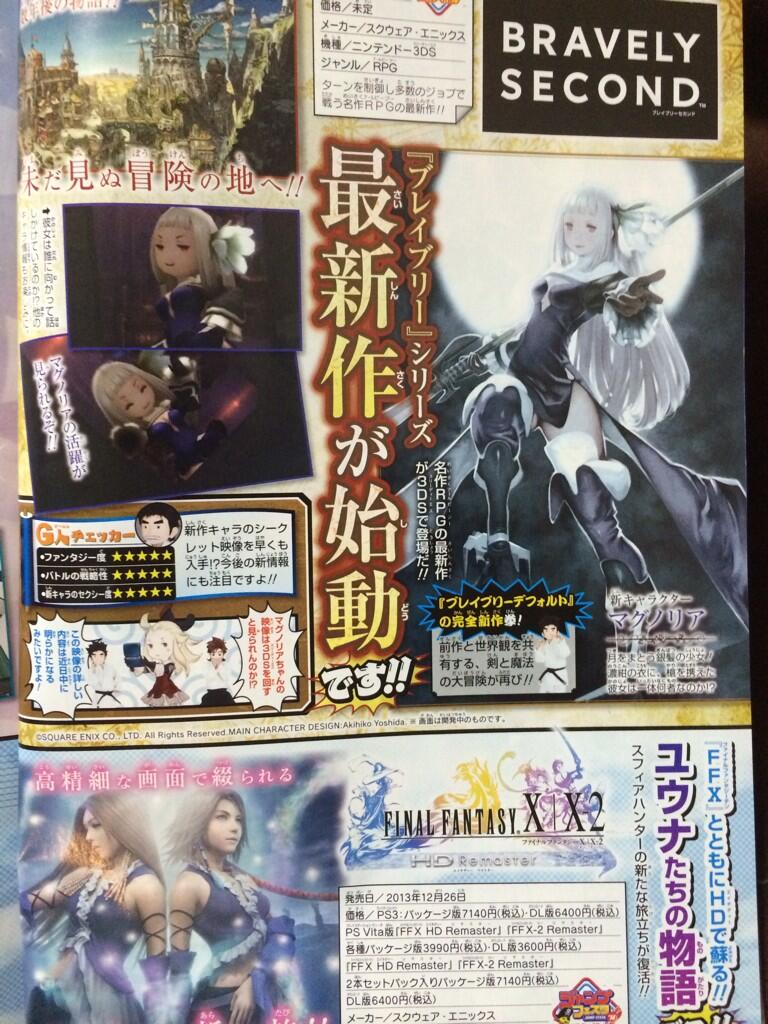 With the official Western debut of Bravely Default just days away now on the Nintendo 3DS, the Japanese are moving on to bigger things as the existence of the sequel, titled Bravely Second, has just been confirmed by a magazine scan.

So far there’s some artwork showing off an area and one of the characters by the name of Magnolia, and there’s also a glimpse of an in-game character model which looks pretty similar to the style of the first game.

Let’s not ask questions about localization plans now, the fact that we’re even getting the first game here is a miracle in of itself. Still, it’s good news that the IP has taken off so well.

We will keep you posted on any developments regarding Bravely Second, but more importantly look forward to our Bravely Default review soon!