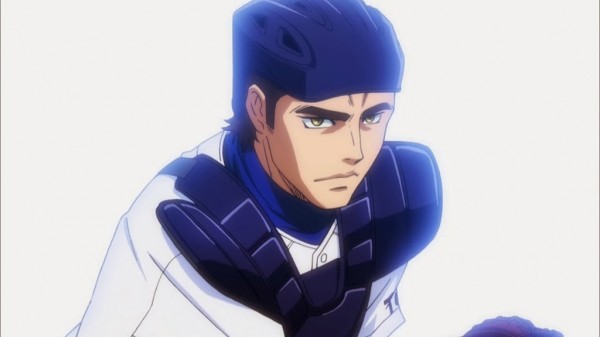 Ace of Diamond
Episode 11 – Chris to the Field

I don’t think there is any question about it anymore. With this episode, Ace of Diamond may very well have just become the best sports anime of 2013. It is almost too good to believe. How is it that a sports anime can be so real and down to earth yet all the while reach out of this world heights? This is one hell of a roller coaster ride of an anime and it is undoubtedly a different breed of a sports anime. What we are witnessing here is something truly special, unfortunately something this great is still criminally overlooked by the anime community at large.

This is the episode that the entire series has been building to. Every plot point, every character note, it all has been heading to this fateful moment, the moment when Chris gets called onto the field. That’s right, much like I speculated last week, Chris was allowed to play and on top of that he even got to form one hell of a battery with his student Eijun. It is stuff like this that made many sports anime fans fall in love with the genre. The moment of triumph against all odds, the turning of the tides, a comeback of epic proportions. 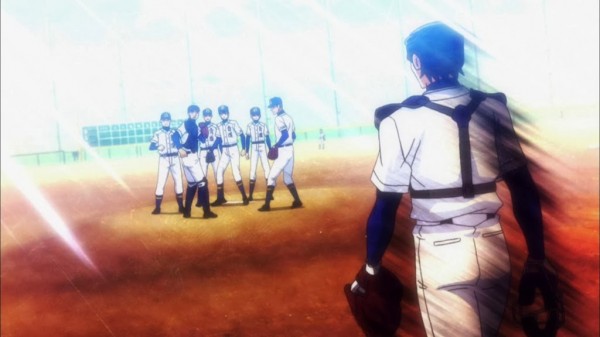 After floundering for a number of pitches, Eijun’s new technique clearly still needs some honing. Regardless of that, he has come quite far in such a short time, so much so that even Coach Kataoka takes notice. Eijun is turning heads one way or another and despite not getting a single strike out, its clear that he is being noticed. Its not until Coach Kataoka makes a fateful decision to switch out Ono in place of Chris. Quickly Chris turns the entire game around with a game plan that can only be described as the work of an ace. At heart, Chris is a true ace and within minutes unites the entire team under his battery with Eijun.

Having turned the tides of the match all the while allowing each and every player the chance to show their stuff, Ace of Diamond leaves us hanging at a critical moment in the game. The boys at Seidou are mounting their comeback, but the question still looms overhead, is Chris’ injury healed or not? I’m not sure how much his injury will come into play as the game progresses, but I get the sense that things won’t go so smoothly. The game hinges on the fundamental chemistry between Eijun and Chris but the wild card of Chris’ injury still remains. Whether or not it even comes into play is anyone’s guess.

Ultimately this was the episode that solidified what I’ve believed for quite some time now. Ace of Diamond is an incredible anime series. It is character driven which is in and of itself is rare in the sports genre. Rather than focusing on game after game, we see the inner working of this team and their dynamics as players and people. This isn’t just about winning or losing, this is about these character’s hopes, dreams and passions. 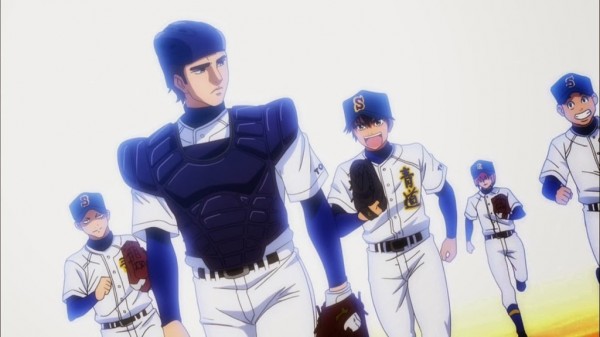 That is what really sets Ace of Diamond apart, it is all about the characters and it has more than its fair share of memorable ones. It goes without saying that Chris is one of the best characters in anime this year. His story arc and growth as a character has been beautiful to say the very least. In fact he is such a well-developed character that one could imagine a spin-off based on the character. That is how important the story of Chris has become to Ace of Diamond and how pivotal his connection with Eijun is.

Ace of Diamond just gets better and better with each passing week. The journey we have taken with these characters has been a memorable one and it is one that I don’t want to be over. Here’s hoping this one ends up being more than 1 cour long. 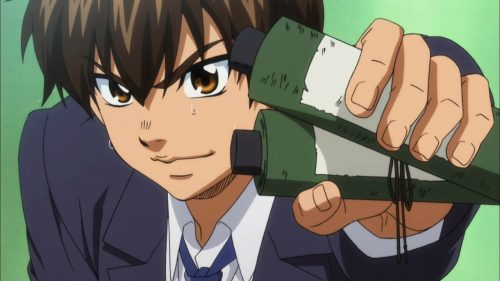