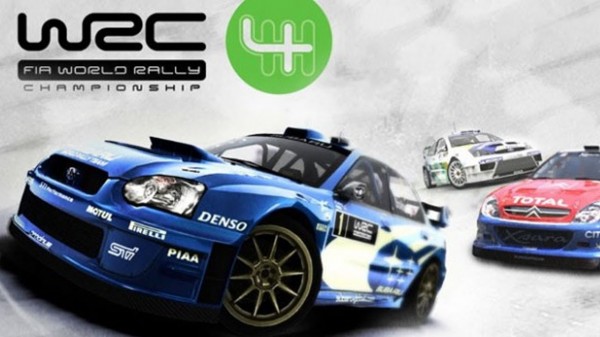 WRC 4 FIA World Rally Championship is the latest entry in Milestone’s reboot of the WRC series. The game holds the official licence for the 2013 FIA World Rally Championship, and features cars and rallies from the 2013 season. After the third entry was published earlier in the year by Namco Bandai, this release is being handled by Bigben Interactive. Marco Calzolari is one of the producers on the Milestone team, taking some time out to answer a few questions about the game for Capsule Computers.

What are some of the major changes between WRC3 and WRC4?

MC: With WRC4 we focused on two main areas; improving many aspects that were appreciated in previous titles and creating new and better features that were criticised by players in previous games.
The main changes are to the car physics,  and the car and environment audio. There are also five new rallies, and the ambient 3D such as the Service Park and Team Office where the career mode is concentrated.

What new feature do you think will be the biggest attraction for fans of the series?

MC: Generally speaking I would mention the car physics and the in game audio: the car sound is great and changes on each gameplay camera. For the more hardcore players, I think that the new H gear + clutch and the 900° wheel options will satisfy them. 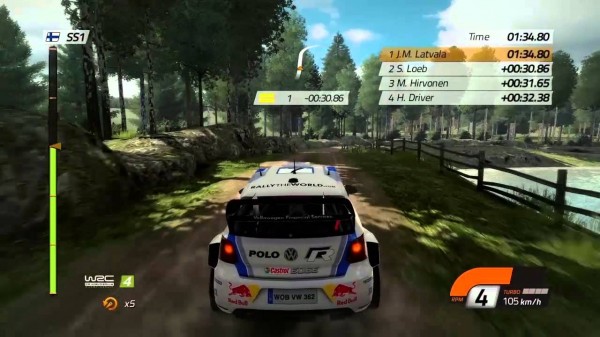 How would you convince someone who didn’t usually play racing games to give WRC a try?

MC: For someone that is not used to playing rally games I would simply encourage them to try a new kind of game. Motorsport games can be a real challenge, and WRC4 has a great career mode that helps the player to get into the game, step by step. At the same time WRC4 has 3 different difficulty settings plus many custom options that can facilitate the driving experience, giving a great introduction to the less experienced players.

What was the biggest challenge the team faced during the game’s development?

MC: Considering all the aspects I think that the new audio can represents a good example. We had to replan the whole pipeline for the sound recording, and this goes from the technical equipment used to the location difficulties. In addition to all of that, the difficulty has been organising the actual recording sessions around Europe for the different manufacturers. Each car has its own challenge; under-bonnet space, heat, interior vibrations, technical issues, etc. Overall though we did a great job and the effort seems to have paid off. 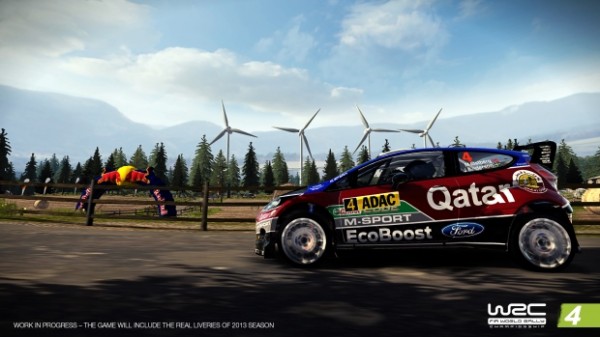 The next generation of consoles are released not long after the game hits shelves; did the approach of the new generation of hardware have any impact on the development process for WRC4?

MC: Not directly. Sure we are aware and closely follow the next gen consoles, and the way we did look at WRC4 made us think about the future.

Assuming that technology can keep up with your imagination, what is your dream feature or mode to include in a WRC game?

MC: Well, this is a question that can free a good amount of fantasy…but we must remember that we are still dealing with a licensed game and therefore not everything is possible. One of the things that would be great would be a more in depth customisation of the game and a wider online/social experience. Plus, I can’t unveil our secret ideas yet!! 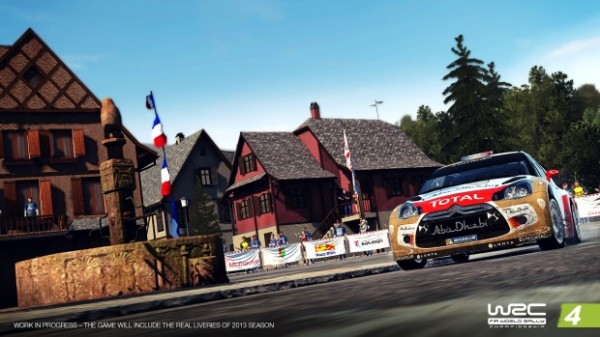 WRC4 is the official video game of the 2013 FIA World Rally Championship, how do developments in real world rallying influence the development of a game like WRC4?

MC: A lot of changes and development that affects the World Rally Championship are implemented in each game. Some examples are the vehicle models, the technical differences between classes, locations and sponsor influence.

Do you work with the rally drivers and teams to enhance the realism of the game?

MC: This is a big part of our work throughout the game development. We collaborate with many team figures in order to collect precious data about things such as car physics and components, terrain feeling and pacenotes,  the sound and tuning of the cars. This part of the work has been crucial for us, since we had the opportunity to have our programmers, designers and engineers together with the mechanics, drivers and co-drivers at the same table. In addition, the feedback on game prototypes and on past games that some W.R.C. teams member managed to give us during the development helped us when refining the game. 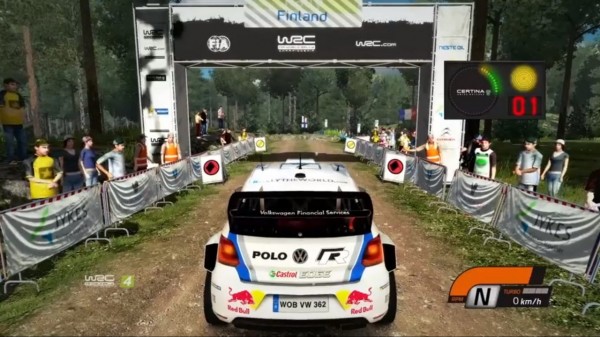 Are virtual reality technologies like the Oculus Rift something that you would aim to incorporate in future WRC games?

MC: Well, this is something we have been looking at with a certain curiosity…but is a bit early to talk about this.

Could you sum up the experience of creating WRC4 in one sentence?

MC: This WRC4 development has been a great experience. We had a wonderful core team, with many years of experience in four wheels motorsport games and all passionate and fans of the World Rally Championship. Passion is always a winning recipe!

WRC4 FIA World Championship is now available on PlayStation 3, Xbox 360, and PC (you can check our review for the game here). The game is also available on the PlayStation Vita for the first time, and retains all the console features on the handheld version.