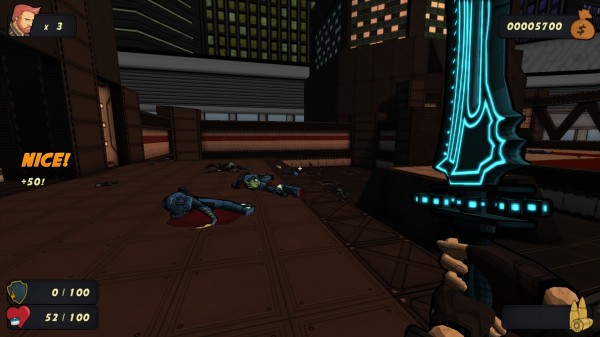 Wrack is an arcade FPS inspired by classic titles like Doom, Quake, and Duke Nukem with a modern cel shaded twist. The game is currently in beta testing and is available for Early Access on Steam. Players will fight for the top score on the leaderboards by chaining kills and moving through levels as quickly as possible in this fast and furious FPS.

Currently, Final Boss Entertainment is polishing Wrack and adding content to the game. There are three gameplay modes and six levels currently, with more content being added. Story mode will follow the levels in chronological order while Time Attack and Score Attack modes will have players play through one level for either the fastest time possible or the highest final score. 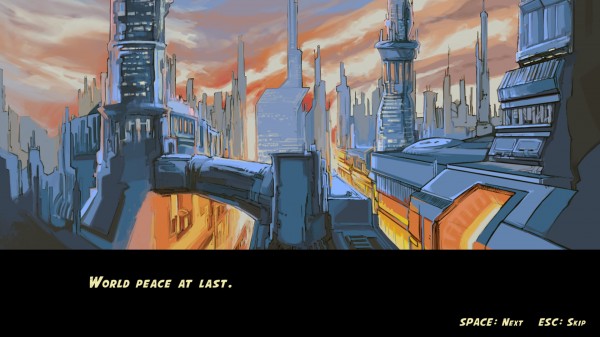 Wrack stars Kain Sagar, the last warrior left on Earth. The Hyperion Generator brought world peace after it eliminated hunger and inequality among humans thanks to its incredible ability to create things out of pure energy. Soldiers were no longer needed, leaving Kain preparing for a war that people insisted would never come. Now aliens called the Arcturans have invaded Earth to steal the generator and Kain is the only person capable of stopping them. The plot follows the classic one man army formula found in many old school first person shooters. The writing is so corny it is funny. Duke Nukem would be proud.

Gamers who have been introduced to first person shooters by Modern Warfare will be in for a shocking change of pace in Wrack. The game is a throwback to the old days of shooters where healing meant jumping on the nearby health pack and a magazine was just a periodical. There is no sprint button and no stamina to manage, just fast and furious action. Wrack does a great job bringing back the old school style of gameplay. The game is primed for speed, as I noticed the player does move significantly faster than the average FPS. The speed is a little disorienting at first, but it stops just short of being completely out of control. I had a hard time stopping on a dime in Wrack. I found Kain would propel a step or two forward before coming to a complete stop, which cause a few stomach turning moments during jumping puzzles. 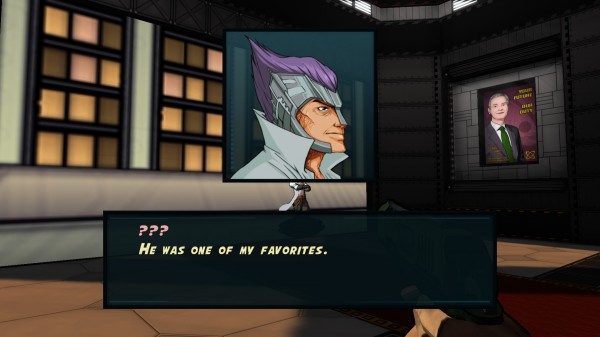 Currently, Wrack has five weapons. Kain will always start with his sword, a hard hitting melee weapon that will need a little bit of timing to master. I found it became an effective weapon once I mastered rushing the enemy and timing my movement to back away just after the sword struck. The pistol feels a little strange as it is meant to be a weak but long ranged weapon. It goes against everything FPS players have been taught through years of playing, but Wrack’s pistol is deadly accurate and is great for thinning out the hordes before closing in with a more powerful weapon. The shotgun is definitely the best weapon in the game at the moment. The ammunition is plentiful, the damage is excellent even at long ranges, and it works well for Wrack’s fast pace gameplay. The Pulsar rifle is a wonderful twist on the assault rifle. Instead of firing straight, the Pulsar actually fires slower moving energy balls in an arc, much like a grenade launcher.  The final weapon in the game is the Bazooka. It is deadly accurate, but the splash damage range to the player makes it incredibly risky to use even in medium ranges. Rocket jumps are possible, but the player will need to be topped up with high health and armour to even survive the jump. Out of all the weapons, it feels the most out of place as it behaves more like a bazooka found in a modern combat FPS than an old school rocket launcher. 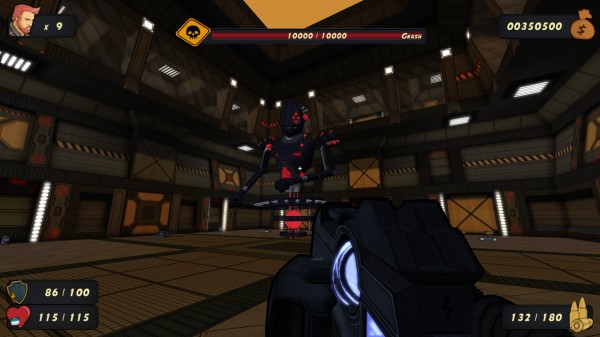 The level design in Wrack are very straight forward and are designed with speed runs in mind. The player will need to fight their way to red buttons on the wall to open up a blocked area earlier in the map, then fight their way back to the new area. The par time for each level is roughly ten to fifteen minutes each. There are several jumping puzzles scattered around the maps that are considered secret areas and will provide bonuses. Some of the puzzles are downright devious, though I will be the first to admit I am embarrassingly bad at jumping puzzles.

There is a decent variety of enemies in Wrack. The Contra style boss fights are probably one of the best things in the game as each boss has an attack pattern that can be dodged. I feel the boss fights are too short to be satisfying at this point. A generous boost in their hit points is in order. The Arcuturan aliens come in a variety of size and armours. The armour designates what weapon the alien carries and the larger aliens have much higher health. I found it is hard to tell what size the aliens are without another sized alien for context, which often ended in a rocket being wasted in a situation that could have been dealt with a pistol. I would like to see something more obvious to distinguish the high and low health aliens.

The AI could use a bit of a tune up at this point. Enemies have a hard time detecting Kain when he is standing below them. Also, the red rail gun aliens have an uncanny ability to lock onto and shoot Kain, which makes dodging them impossible at this point. Hopefully, these will be ironed out in coming patches. 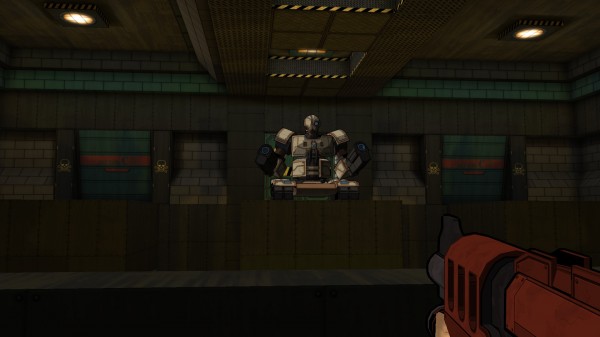 Wrack’s cel shaded graphics are looking fantastic. Final Boss Entertainment has created a great looking comic book style that suits the game’s feel. Even in beta, the game runs extremely well on my rig. Visually, the game seems almost complete. The only things that are missing are some cut scenes and the animations for one boss and the red armoured aliens.

The sound effects in Wrack are good, but the game really struggles with a lack of music variety. Each level replays the same song ad nauseum. The music thankfully changes between levels, but I found it painful to listen to the same song looped non-stop for fifteen minutes at a time.

Wrack is definitely a classic FPS cloaked in modern graphics. The game is fast and intense. There are definitely some balance issues that need to be ironed out in the beta, including the music and weapon balancing. However, all of these weak spots can definitely be dealt with while the game is in beta. Wrack is shaping up to be the antidote for anyone sick and tired of modern combat shooters.