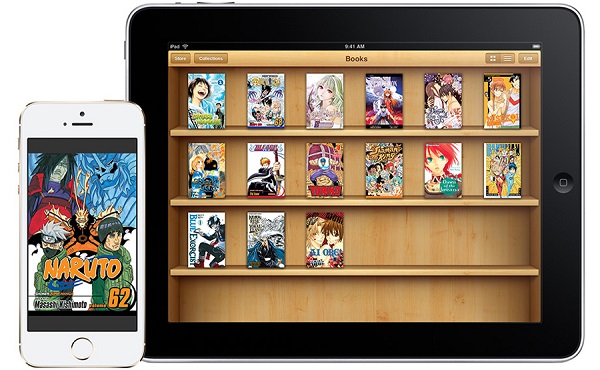 Reading manga digitally and on the go has been growing easier rather steadily as various companies have begun to offer digital versions of their manga and Viz Media has been leading the charge in this regard through their own app and a number of other services including one for Kindle.

Well today the company has took another step to make it easier than ever as they have now released over 1,600 manga volumes onto the iBooks Store including volumes of Naruto, Bleach, One Piece, Bakuman and even newer titles such as Nisekoi. Individual volumes will cost $6.99 on average and new series and continuing volumes of already added manga will be added on a weekly basis.

Bleach manga to end with next arc