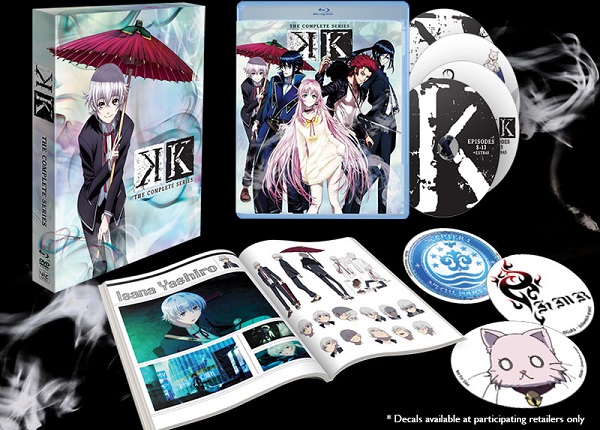 In what can be seen as a new move for Viz Media, they have announced that not only will the anime K be released on February 25, 2014 but it will also be available as a standard edition as well as a Limited Edition. The Limited Edition version of the show will feature a Blu-ray/DVD combo pack that comes with a chipboard case that contains a full color 80 page premium art booklet that will contain episode synopses, character profiles, poster art, translated song lyrics and an exclusive KANAME☆ K cosplay photo gallery.

The Limited Edition will cost $69.99 while the basic DVD version will only cost $44.88 but will be lacking all of the physical bonuses for the series and even some on-disc bonuses such as an interview with KANAME☆ during his first ever guest appearance in the United States as well as highlights from Anime Expo 2013 that will be on the Blu-ray version as well as other on-disc bonuses.