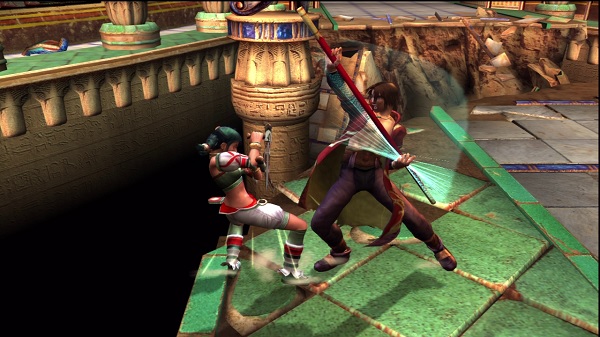 If you happen to be a fan of the old-school Soulcalibur games then we have some good news for you because Namco Bandai has released Soulcalibur II HD Online onto the Xbox 360 and PlayStation 3 today for a kinda hefty price of $19.99.

To commemorate the launch of the game, which includes the guest characters Spawn and Heihachi Mishima but not Link and features various modes such as online gameplay, an arcade and survival mode, time attack, vs battles, team battle, and weapon master, the company has released a launch trailer for the game which can be found below.