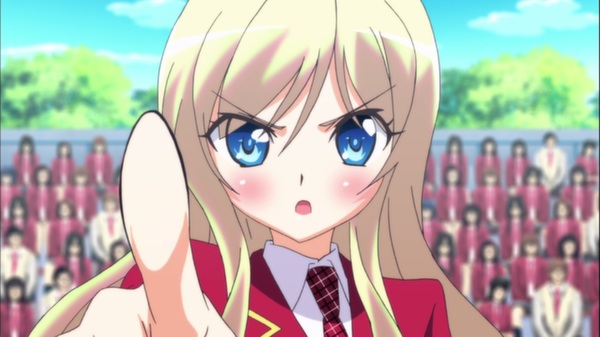 The Reject Five: A group of beautiful students, ostracised for their abnormal behaviour. Perverted, inappropriate, and just downright strange; this band of outcasts was been challenged by a team of their polar opposites. Those with style, flair, and who are adored by all around them – the five most popular students in school threw down the gauntlet several episode ago and this week’s episode finally saw yin and yang face off in one of the most strange competitions I have ever seen. Who would win, the Popular Five or the Reject Five? 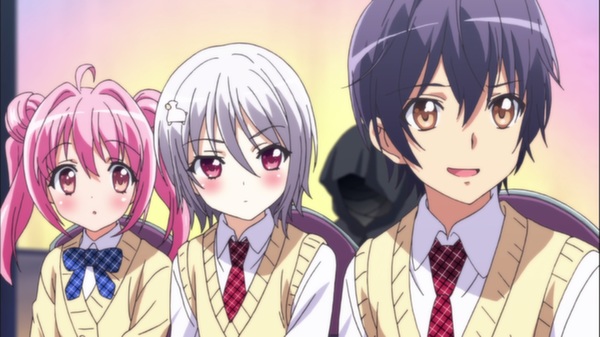 Previously, we discovered that Kanade’s homeroom teacher was also a victim of ‘Absolute Choice’, but today’s introduction hinted that maybe others know about the god-given phenomenon. Seira, the school council president and the last girl that Kanade needed to say, “I like you,” mysteriously knew what he needed her to say and instead of helping him, decided to raise the stakes of the competition that we have been waiting weeks for. In the event that the Reject Five lost, she would refuse to say, “I like you,” dooming Kanade to a life of insane choices and everlasting social suicide. So, their only option was to win the competition and as the rounds rapidly rolled in showering us with a ludicrous display of yandere lolis, breast fondling, and oil wrestling, the Reject Five somehow narrowly came out victorious, preserving Kanade’s sanity for another challenge. 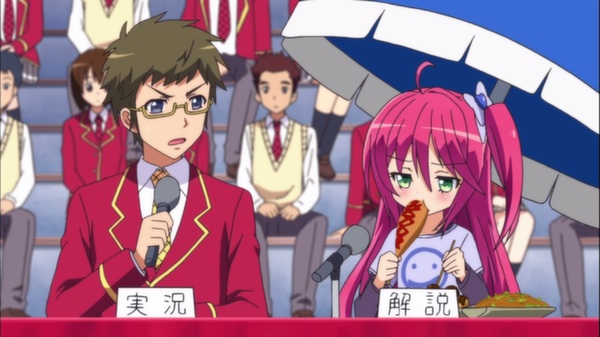 This big competition is what Noucome had been leading up to for 6 episodes and to be honest, for all the waiting, the payoff was really quite poor. A fine example of a main event done well is the school festival in the most thought-invoking highschool romcom of the year, Oregairu (Another series with a hideously obnoxious title). When watched together, it is plain to see that the substance and execution behind Noucome’s competition is barely even comparable. Not only was Noucome’s build-up much less profound, being mostly swept under the carpet in favour of rushed character introductions, but the actual event itself had absolutely no impact at all. Oregairu may have had some of its own issues involving character’s feelings not being addressed in the end, but its showpiece episode really struck home and exhibited its character’s motivations and flaws perfectly. Even Oreshura (Yep, there have been some killer names this year) which was essentially just a harem like Noucome had real emotional substance behind its big showcase episode because it spent a lot of time letting the viewer know why each of the girls involved loved the main character. 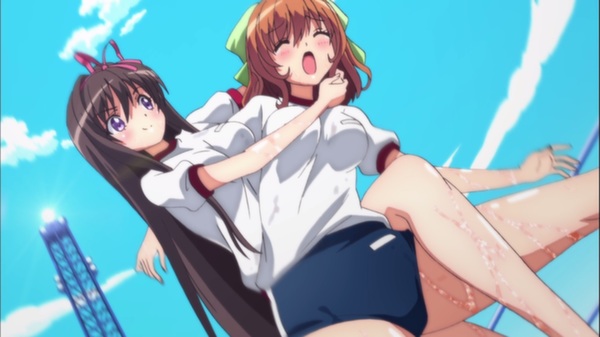 This is Noucome’s main fault that dooms it to be an average series at best. It uses its cast to great comical effect, but as far as the rom half of romcom goes, it has fallen flatter than Yukihira’s chest. Some might put this down to the fact that it was given a short run and had to rush through its source material, but then again I could give a strong argument for why Mondaiji was the best anime of 2013 and that was given the same number of episodes by the same animation company so that’s really no excuse. 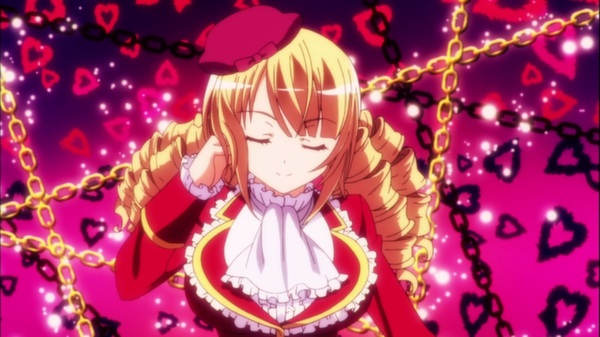 At its core, Noucome is a harem that is heavily inspired by To LOVE-Ru, and that is made painfully apparent by its rampant use of stock characters and its alien-like lead female. However, To LOVE-Ru has had 3 separate series and over six years of weekly manga releases in Shōnen Jump to flesh out its gigantic cast of females. Noucome, on the other hand, has tried to cram eight love interests into seven episodes and thus far it has only given us reason to care for one and she barely even featured in this episode. Not only that, but the reasons for loving her were only given last week! I’d be willing to bet a small fortune that there will be no continuation to Noucome, so this leaves it underdeveloped, rushed, and painfully lacking half of what it needs to stand its ground in an obscenely oversaturated genre. 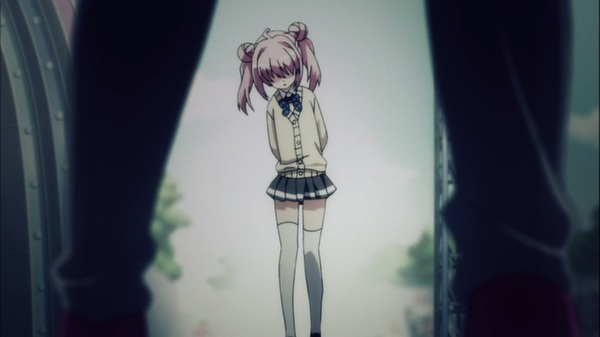 On the contrary, Noucome’s comedy focus means that it excels wherever jokes are involved. The scene in which ‘The World’s Little Sister’, Yuragi, had to show off her acting skills and chose to become a terrifying yandere, stabbing ‘Lion-sempai’ in the heart was brilliant and made me both burst out laughing and fear all little girls from now on. Yukihira’s slur match with ‘Silicone Inside’ was fantastic as well even though Yukihira went too far and managed to make herself lose by provoking Ayame too much. Admittedly, not every joke hit home and I still have yet to find a single word said or action taken by Ouka to be funny despite how hard it is pushed. I guess that is bound to happen when the anime is aiming for all types of otaku with its mix of archetypal girls, but even so it is unfortunate. 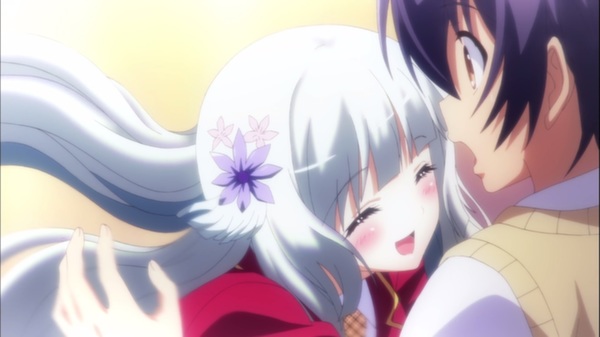 Next week it appears that we will be given a Chocolat based episode at long last, so maybe by the end of the series we will have more than one scene involving the ‘lead girl’ that has more emotion to it than that of eating sweets. Well… We can hope at least. If a scene addressing Yukihira’s reaction to the school council president and Chocolat confessing their love for Kanade is thrown in then hopefully next week’s review will be a lot more positive than this week’s. Don’t get your hopes up though; I am pretty cynical. Until next week. 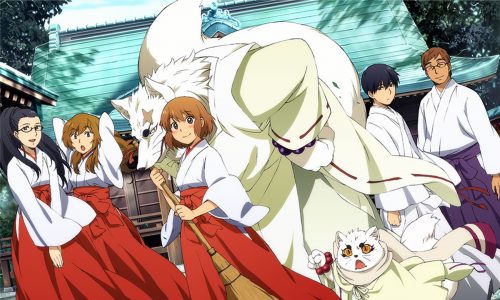 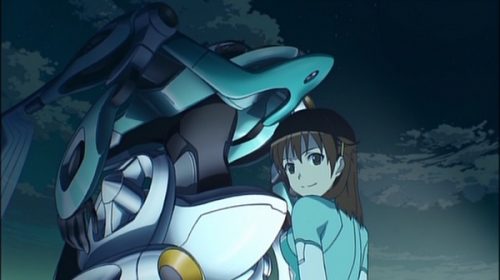