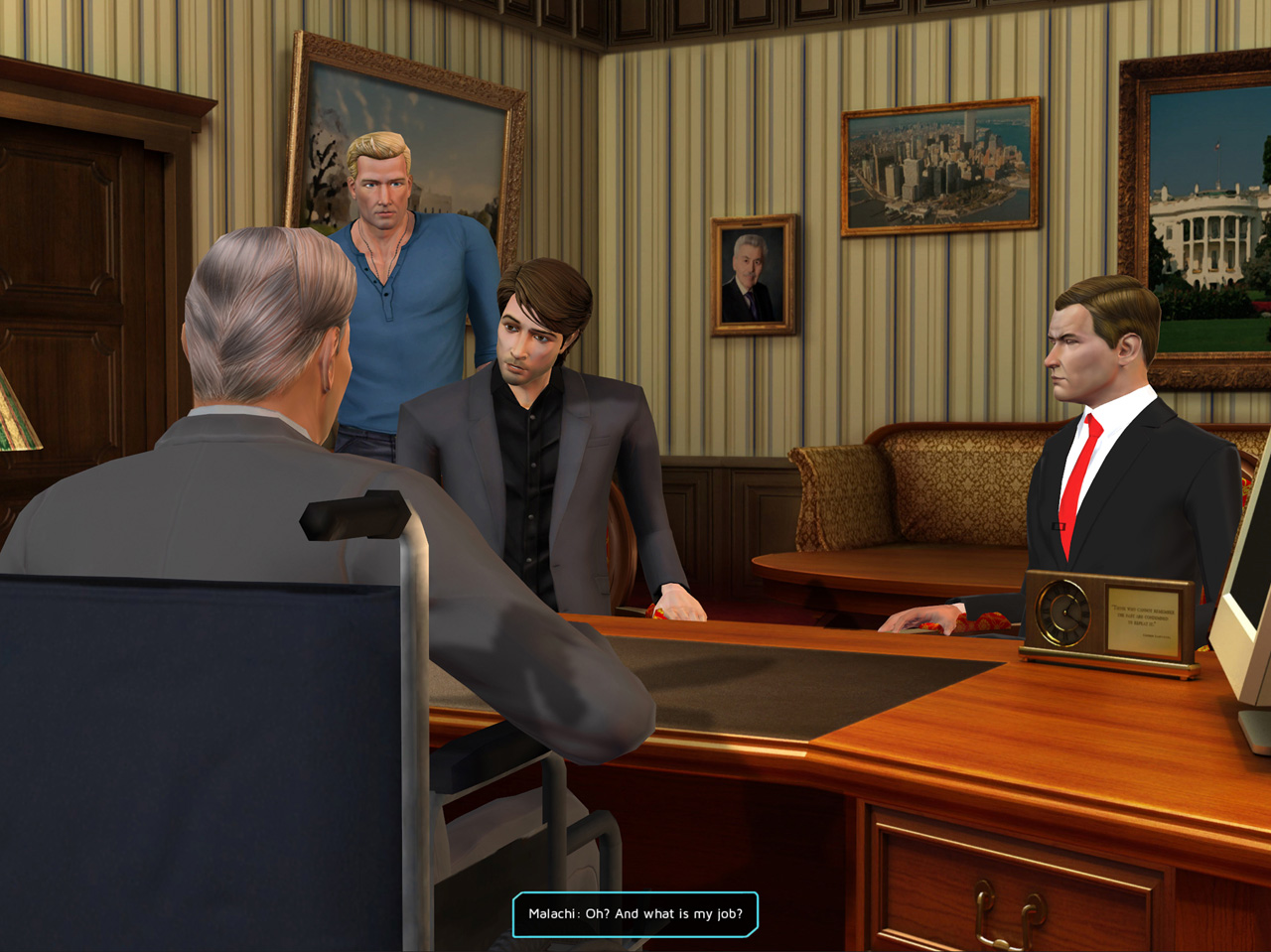 Fans of classic adventure games and great stories are in for a treat, as the studio founded by Jane Jensen (responsible for adventure game genre standouts Gray Matter and Gabriel Knights) is nearing release of their new third-person mystery adventure game, Moebius. The game was successfully funded by a Kickstarter campaign and is the first adventure game Jane has completely overseen since Gabriel Knight 3 in 1999.

The story of Moebius follows Malachi Rector, a genius who can size up artifacts and people in a glance to distinguish a genuine treasure from a cheap fake. This talent has made him rich in the world of high-end antiques. But it also gets him in trouble. When a secretive government agency enlists Malachi for an unusual project, he realizes that there’s more to his uncanny talent than he knew. His discerning eye, his aloof personality, the childhood trauma that shaped who he became — all are historically significant. And Malachi’s about to meet a man in his travels who holds the key.

Moebius is planned for release in early 2014 for PC, Mac and Linux, with an iPad and Android release soon to follow. Check out the newly released trailer and screenshots below and to find out more information on Moebius, please check out the official website.