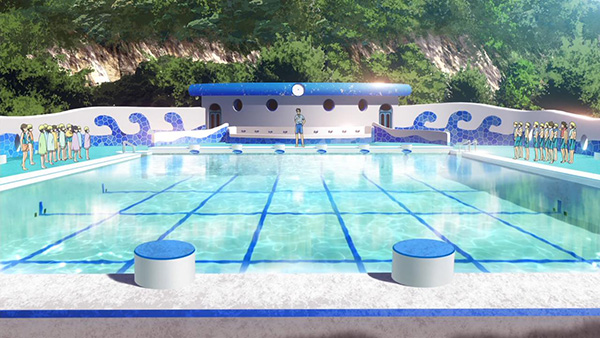 Nagi no Asukara
Episode 6 – Beyond Tomoebi

First of all I have to apologise for the delay in bringing this out. A bunch of things cropped up and hopefully future episodes of Nagi no Asukara won’t be stalled for this long.

Following on from the beautifully done episode 5, the episode begins with a swimming event among the students, which is interesting seeing as how it pits normal kids against what are pretty much mermaids with legs. I love it when we see the differences between the two people; the Sea Village clearly has no swimming lessons as it’s underwater anyway with Manaka and Chisaki experiencing something new yet familiar. But we soon see that doing freestyle on the surface of the water is a different ball game compared to propelling yourself underwater. 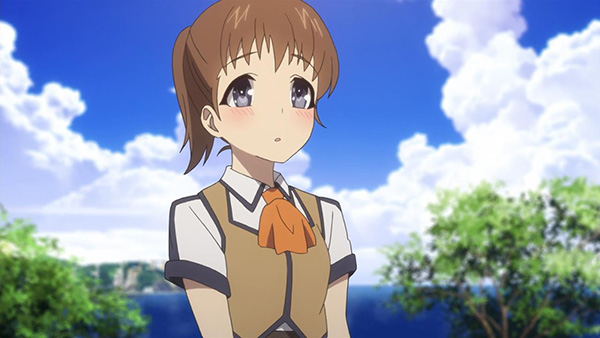 Best new girl of the season.

Hikari loses to Tsumugu in a swimming race, injuring his toe in the process and being a sore loser about it. Just when we see some good traits of Hikari he goes and blows it all by once again treating everyone around him like trash. Manaka jumps in when Hikari hurts himself (much to the jealously of Chisaki) and tries to apply first aid at the nurse’s office. Hikari then graciously thanks Manaka and congratulates Tsumugu for being faster. Well that’s what I’d like to say, but the exact opposite is true. He doesn’t accept defeat and tells her to go away.

We finally see some more of Kaname next, our resident pretty boy of the show, alone and talking with an ordinary classmate we haven’t seen before who’s clearly taking a liking to him. Together with the eavesdropping Miuna and Sayu, they decide to rebuild the wooden offering. Chisaki is still troubled as we see her try to leave early but Manaka runs after her, bringing up the topic of her liking Hikari again. Chisaki becomes hostile and reminds her that she promised never to mention it. 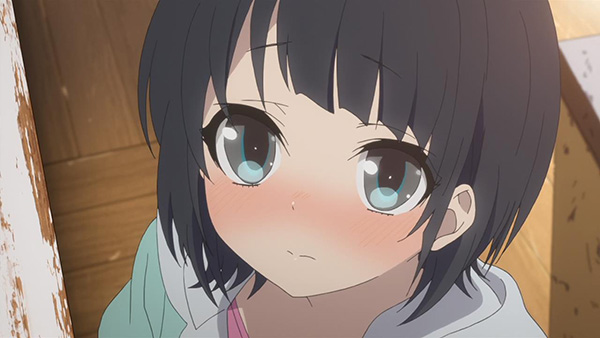 Poor Manaka has had a bad day. Told off by two of her best friends she walks home in tears until Tsumugu offers to take her home on his bicycle. Here we get an explanation on the word “tomoebi”, which is when the weather is nice underwater and it snows saltflakes. A cold current passes by and the refraction in the water makes it look like there are three suns. That just sounds awesome. During the last tomoebi when the friends were little kids there was another argument and Chisaki yelled at Manaka for not being there to see it with everyone. Tsumugu gives Manaka some advice; to speak clearly and to finish her sentences. Naturally, this is yet another bonding moment between the two. 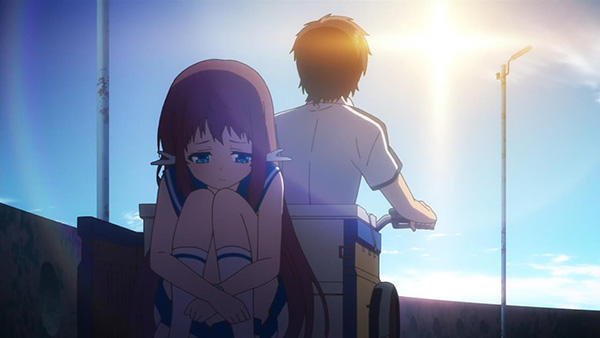 Coincidentally another tomoebi phenomenen occurs and Manaka rushes to Chisaki’s room to grab her, forgetting about their argument. The two see it together, with Hikari and Kaname hiding nearby, and Manaka apologises to Chisaki (she was never in the wrong!)and Chisaki confesses she doesn’t want things to change, for all of them to be together until the end.

Hikari and Kaname reflect on Manaka’s character after hearing this. Kaname regards her with a fond expression for jumping ahead and acting on impulse but Hikari is far more serious and grudging. Both of them love Manaka as a childhood friend, but the difference here is so evident. Episode 6 ends on Hikari’s words, that “even though she’s a scaredy-cat..” she goes through all this trouble. 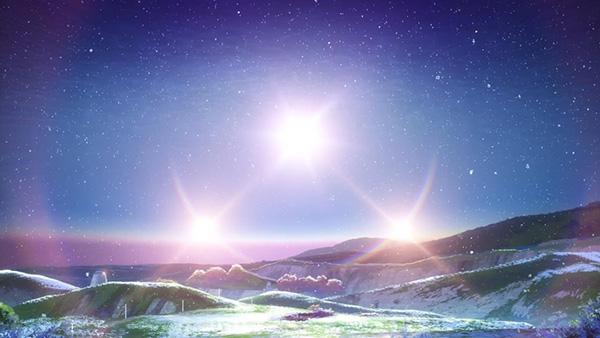 So differences remain between our friends but hopefully Chisaki can now get over her issues and act natural for once. But I have to say my favourite part was the introduction of the random classmate girl. I love it when anime does this. 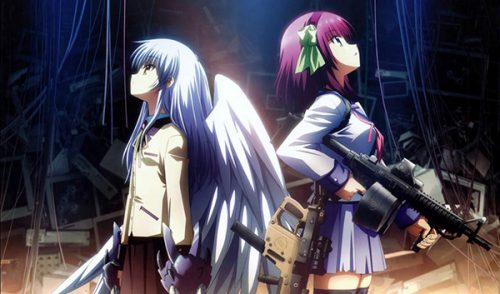