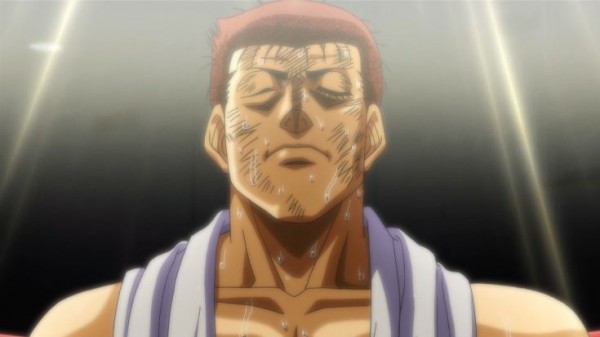 The episode where it all comes to an end, the fight that is, and I never expected it to go down quite the way it did. We’re met with Aoki’s “Frog Jump” from the last episode just to put it all back in perspective for those viewers who had forgotten how exactly the last episode ended. This episode was actually fairly dull, nothing much happened visually yet so much actually happened, it all makes sense in context though so it wasn’t exactly a flop of an episode.

Both Aoki and Imae are done, neither one was making much ground over the other and they weren’t exactly standing their ground either, they were just…there, “duking” it out in the middle of the ring, they no longer had the energy to punch, at this point in time all they were doing was slapping each other. There were some big hits sprayed out across the length of the episode but, for the most part, it was a lethargic crawl to the finish line and it wasn’t looking good for either of them. 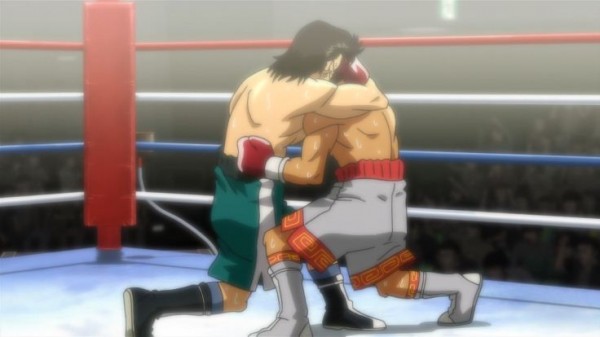 The episode had a fair bit of metaphorical explanation throughout, it had flashbacks to Aoki’s past as well as a big flash back to Imae’s and it was all done to bring the fight to a nice close. The women once again made an appearance as a source of power for both of these men and I think they went about transitioning into it was really slick and really smooth. Aoki, for the third time in this match, went for his “look away” technique where in which, if you don’t know, he literally looks away from the ring in an attempt to have the opponent do the same so that he can take advantage of their averted gaze.

Aoki leans back and looks to the side of the ring but this time Imae doesn’t go along with it despite the fact that his natural reactions are leading him that way, the crowd is stunned to see that Imae has kept his focus on the ring, at least, that’s what they thought had happened. In true Hajime No Ippo fashion, the humour mixes in with the fighting in a fairly subtle way but you get the idea that Aoki is just trying everything he can at this point to win, even if it’s more of the same tricks. 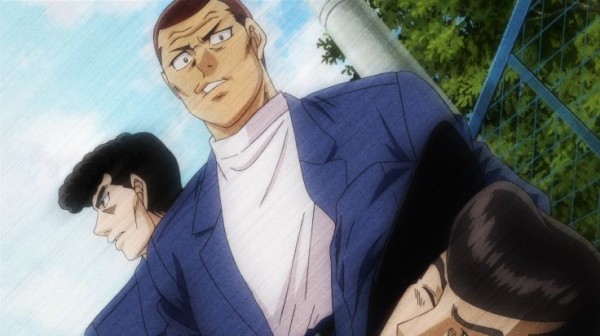 For most of the match Imae’s focus has been on his opponent but in this particular instance it seems as though Aoki moved in such a way that a full view of Imae’s ex-girlfriend Sachiko could be seen out in the crowd watching the fight, if it wasn’t for her being there, Imae would’ve succumbed to Aoki’s tricks once again. Despite the fact that Imae doesn’t look away, Aoki being the idiot that he is, still crouches into the “Frog Jump” position and goes for it!

This time, though, Imae dodges and, while Aoki is flying through the air,  beats him down with one swift punch to the ribs. The flashback showing Imae and Sachiko’s relationship earlier on in the episode was very interesting; basically it showed the two in high-school as Imae defends Sachiko who is being teased for the way that she looks, he swears to become strong enough to protect her but, over the years, his need for strength to protect actually took over his life more than his relationship with her resulting in their inevitable breakup. This was highlighted once again as Imae noticed her in the crowd. 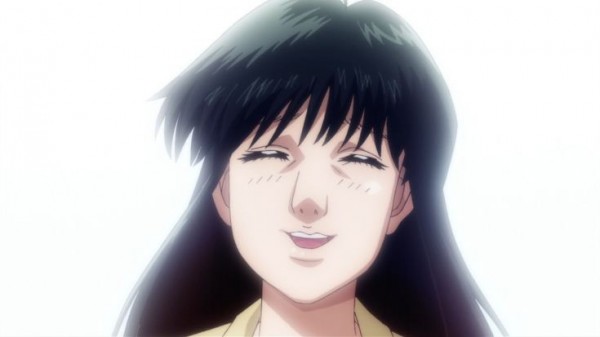 The fight continues on slowly, both men now have a woman to fight for and neither of them will give up. It becomes a battle of sheer will by the end of the fight and, oddly enough, it ends without a knock-out. They make it to ten rounds where in which it is left up to the judges to select a winner by points alone. In the end it ended up being a tie between the two combatants, something that I never saw coming, which means that the belt never changes hands and Imae stays the champion.

I though it was a fresh take on this type of Anime, there was no actual winner, the fighters were on par and it just so happened that, by default, the champion kept his belt. It was a nice ending though because both fighters intended to destroy the other with both of them thinking they were better than the other, it crushed the both of them yet built up their spirits to know that they stood on equal ground, it was just a fantastic way to end it. 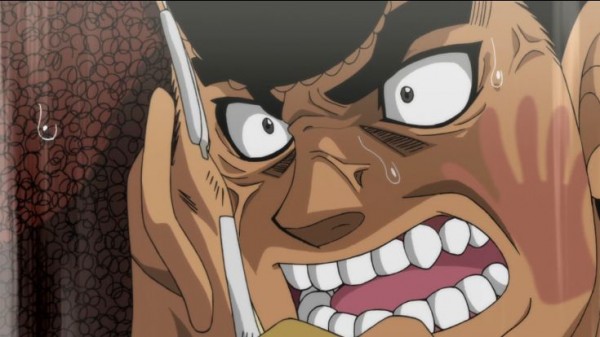 They came “full circle” with the lovers of the fighters being reintroduced as reasons for fighting on which made the episode where they featured to actually be of great service to the Anime, had they left that aspect of the fight at episode four it would have been a waste of a small arc but they brought it back and made it relevant again, it was a big issue for both fighters so it’s great to see that they didn’t let it go to waste. Fantastic fight, fantastic boxers and still a fantastic Anime. Here’s hoping that Takamura makes his fighting début in this season within the coming episodes! That’s my hope for the next couple of weeks. Check out more Hajime No Ippo – Rising Impressions HERE.

FUNimation Licenses ‘The Girl Who Leapt Through Time’ 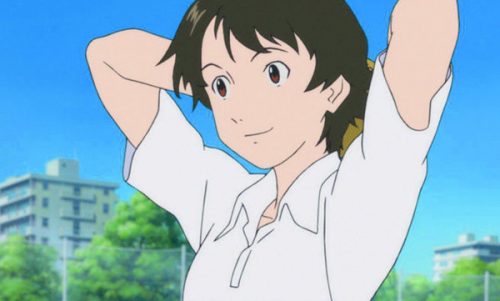 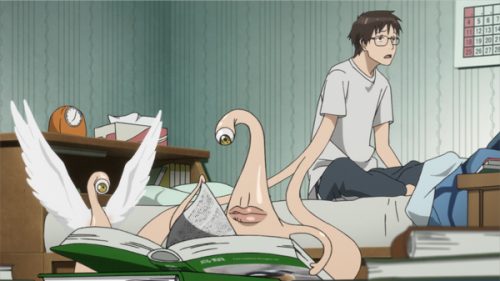