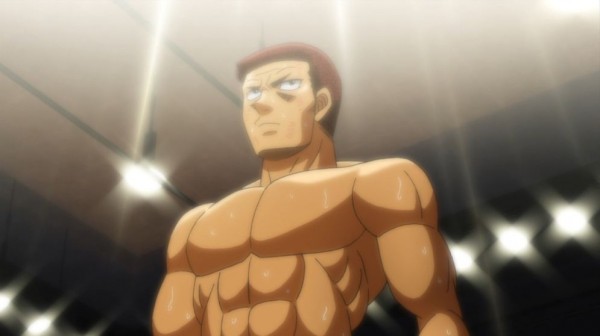 As far as crazy episodes go, this one would have to be one of the craziest. Episode 5, 100% Fake, begins with the start of the fight between Aoki and Imae which began at the very end of the last episode, I say “begins” because the last episode showed nothing of the fight except for the combatants entering the ring. The way I do these Anime Impressions every week is very much like a “play-by-play” recap for the episode and considering Hajime No Ippo is an Anime about boxing I believe it fits quite well, this week though I’m going to stray from that path because I feel as though this episode is forcing me to, even if just a little bit. 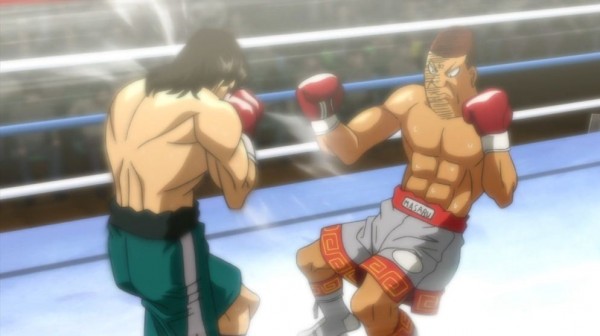 Episode 5 plays out almost like a game…not a match, a game. Remember that Aoki and Imae are two totally different fighters each occupying their own end of the spectrum so you can see why this battle is both odd and exciting. Imae being the champion and the orthodox fighter almost automatically takes the lead, Aoki goes in to brawl but Imae is having none of that and continuously has him back off with a few swift, left-hand jabs, very normal and very simple yet effective in a fight of this kind. The Hajime No Ippo-style humour kicks in with Aoki ducking, dodging and scrambling around the ring in an attempt to both start his own fighting rhythm and to hook Imae in, once again, he’s having none of it and Aoki is cut down again. 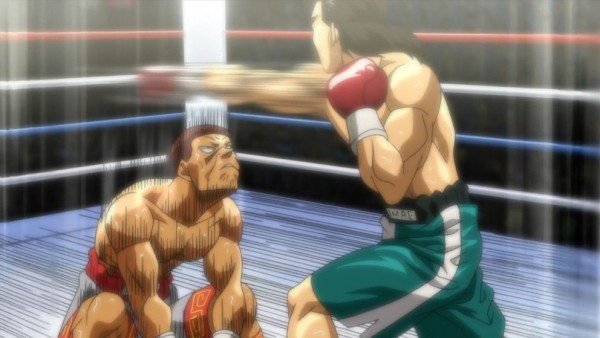 This is where it gets even more interesting. The first fight of the series had Ippo defend his title against a man that swore he had a way to destroy the “Dempsey Roll” which happens to be Ippo’s signature and most deadly technique, within this fight we have Imae swearing that, through his study of Aoki’s style, he can destroy the “Frog Punch” which happens to be Aoki’s more favoured technique. It seems to follow the same match layout and I’m lead to believe that it wasn’t just a happy coincidence, Aoki wants to rise to the level of Ippo and Takamura, what better way to do it than to prove that you can do exactly what they did. Defeat the man who has trained strictly to defeat you, it’s simple, it’s symbolical, it’s a Hajime No Ippo staple and it works. 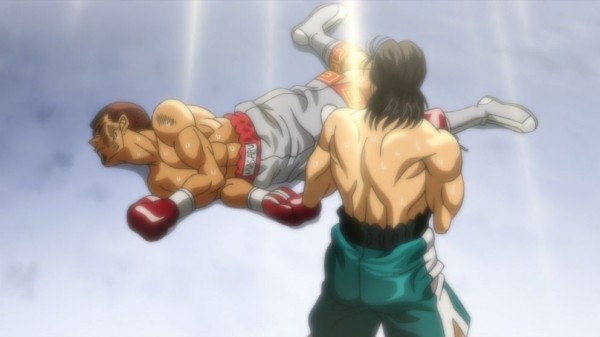 Aoki tries for the “Frog Punch” and, like what Imae boasted about, it is quickly denied and Aoki is sent to the canvas mat, this happens a couple times throughout the match alongside general Aoki beatdowns both physically and, what seems to be, mentally but I want you to remember the title of the episode, it’s called “100% Fake” for a reason. Through playing dead and playing weak, Aoki closes the gap between him and his opponent, not literally but metaphorically, this was his plan from the start and it proves to the audience that, despite the look of this man’s fighting style, he is truly a boxing genius. Aoki is a fantastic fighter that plays dumb, he makes his opponents loose their cool and he strikes them down. 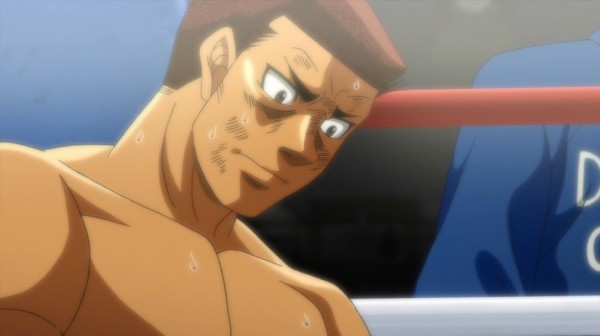 I mentioned this above; I’m not going to take you through the play-by-play, what I am going to do is tell you how the episode ends because this was truly the highlight of the episode. Imae is worn out yet Aoki, being the trickster he is, is perfectly fine and recovering stamina by the second which is fantastic because up until this point he made the audience believe that he was on the verge of another loss. Imae can barely stand in a fighting pose as Aoki springs real close, he goes in for a massive hit, Imae’s shock sets in and then…nothing…Aoki steps back and both are frozen where they stand, Aoki slowly looks to his right, he looks to be in shock and both Imae and the audience follow, who the hell takes their eyes off of their opponent? 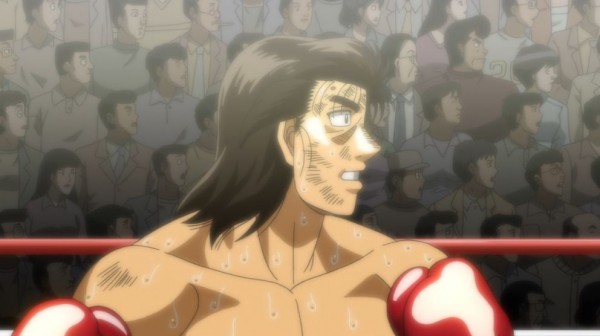 It isn’t shown but Aoki, during the glance away from the fight, crouches and springs into a “Frog Punch”, an attack that broke Imae both physically and mentally. What’s worse is that Aoki manages to get him again with the same tactic, it seems like Imae has been broken BUT the fight didn’t end in this episode, I’m guessing that the next episode will have this battle come to a close and, I have to say; Hajime No Ippo is so good at leaving you on a cliffhanger, it’s just enough information to be able to speculate on, I love it! Check out more Hajime No Ippo – Rising Impressions HERE.

No Game No Life Episode 4 Impressions 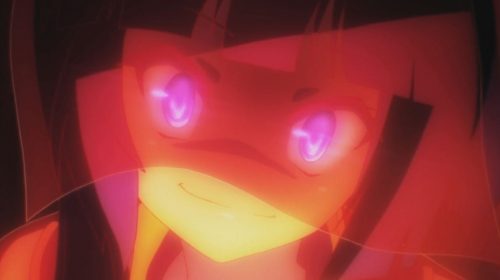