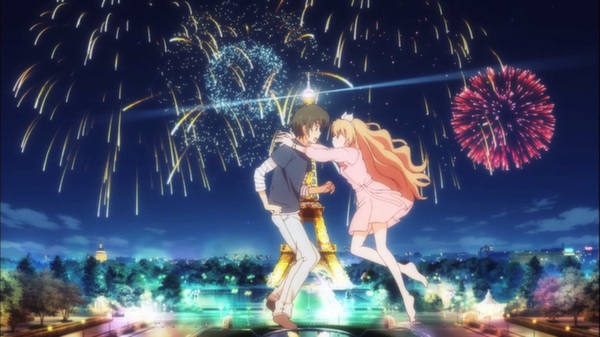 Golden Time has finally gotten into its stride and all the parts have fallen into place. We have passed the quarter-way mark and now the real race begins. One only has to look at Gurren Lagann to see a great series become a million times better after reaching this stage so I am tingling at the prospect of what Golden Time holds in store for us. Bravely marching on with my spoiler shield held aloft and my keyboard by my side I will not give up until the cold winter has passed and we have our (hopefully) heartwarming conclusion. 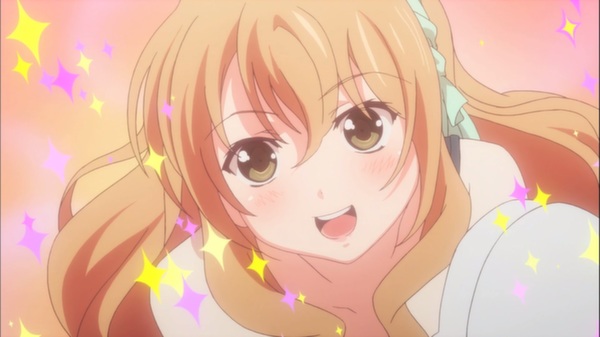 J.C. Staff must be aware that the world is more beautiful through rose-coloured glasses because the second that Kouko and Banri started dating, the animation quality went through the roof. What was once a style that I have called lazy and dated in the past, suddenly metamorphosed into beautiful, almost painting-quality backgrounds, crisp character animation, and more scenes of flourish than the average episode of Ouran Highschool Host Club. I have no clue what is going on with the animation budget allocation at J.C. Staff with this series, but it seems to fluctuate wildly from episode to episode and I can’t understand why. I didn’t notice it at the time, but it was brought to my attention that last episode there were actually moments that were done in CG to save on budget, and yet this episode looked amazing in places and brought the style back into 2013. So far, J.C. have managed to keep Golden Time from falling prey to their occasionally sloppy animation that they have a reputation for and I hope they keep it up. 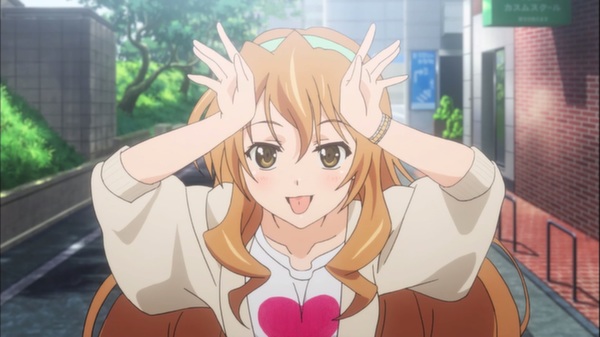 As for how Kouko reacted to her new situation, she took to it like a duck to water. Or maybe a more appropriate phrase would be a battleship to water… By now we know that Kouko does nothing by half measures and loving Banri is definitely something that she is giving her all to. I like how even her father knows what she is like after watching her pursue Mitsuo for most of her life. His warning that Banri would be better off without her will no doubt come back to haunt  Banri at some point in the series, but for now I would rather revel in how cute they are together! Kouko and her new, “Ro-me-o-Sa-ma,” could hardly have looked happier together, but Mitsuo was definitely right when he said that Banri is the sort of patient guy that could withstand dating Kouko. She was so clingy! Cute as a  button, but any normal man would break in a matter of seconds. I’d definitely be willing to give it a go though! 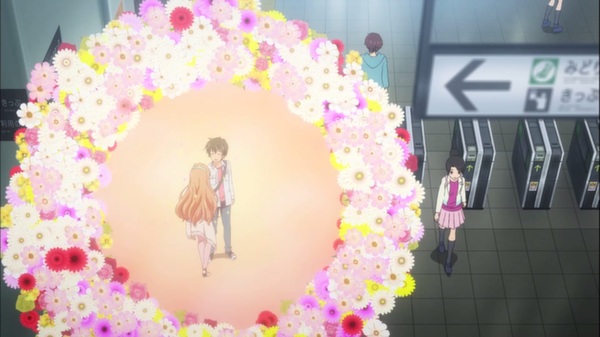 As the episode came to a close, Banri was shown in two very different conversations that did a great job of building on the already masterfully written characters in Golden Time. First we were treated to a lovely foray into awkwardness, sex, and Paris as Kouko rummaged her way into Banri’s porno mag collection. What should have descended into a tense silence was saved by Kouko in her true boisterous fashion though as she described exactly where she wanted her first time, making Banri look like he wanted to sprint off and buy tickets to Paris immediately. Moments like this were what made episode 7 the funniest episode of the series so far! The second of the conversations was one that Banri had been putting off for a long time, but eventually Linda and Nana tricked Banri into coming to his room so that Linda could talk to him alone. He may have been trying to avoid it, but his tears gave away that making up with Linda must have meant a lot to him. Even if he has had his memories wiped,  the impression that Linda left on him and vice-versa must have been deeply ingrained in his heart. Now they are friends again,  but whether love will blossom and cause a conflict with Kouko is something we will have to wait and see. 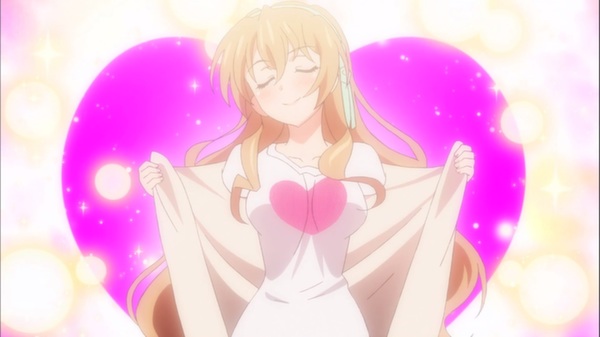 Honestly, I don’t have a bad word to say about anything from this episode. It was well written, the happy feel was a welcome break from the doom and gloom of last week, the characterisation was brilliant, and even the animation stepped up its game. All of this culminated into another fantastic episode of this amazing series. Keep up the platinum performance, Golden Time! 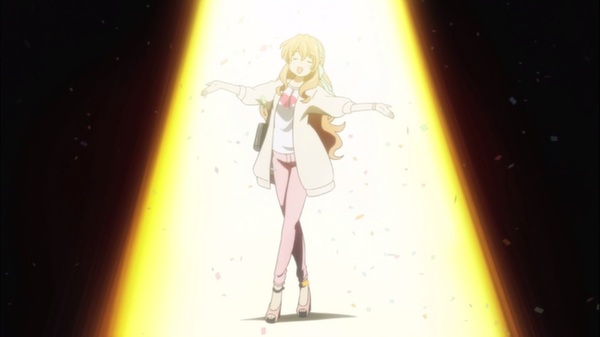