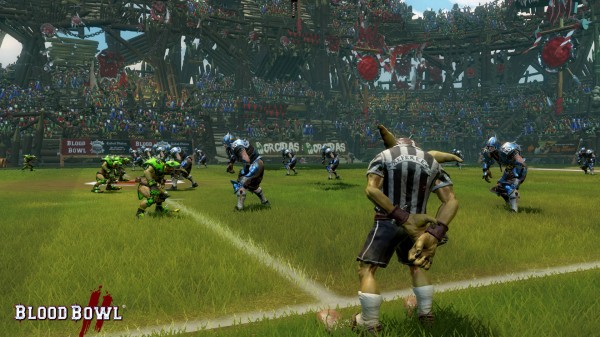 Work is still moving ahead nicely with the upcoming sequel to Blood Bowl, the PC game based on a board game from Games Workshop combining American Football and Warhammer fantasy. Previously Blood Bowl 2 was showing off the first finished team in screenshots, but now the first true stadium has been completed, so of course new screenshots are in order. The screenshots revealed by Cyanide Studio and Focus Home Interactive today show a much bigger venue than the practice field the last screenshots showed off.

Filled to the brim with fans onlooking a game between the Human and Goblin teams, complete with goblin referee. Those wanting a closer look can click on the images above and below to see the full sized screenshots. Blood Bowl 2 has no release date yet, but the developers certainly seem to be hard at work on it. Just what can players expect to see in the future as more and more of the assets are finished, only time will tell. 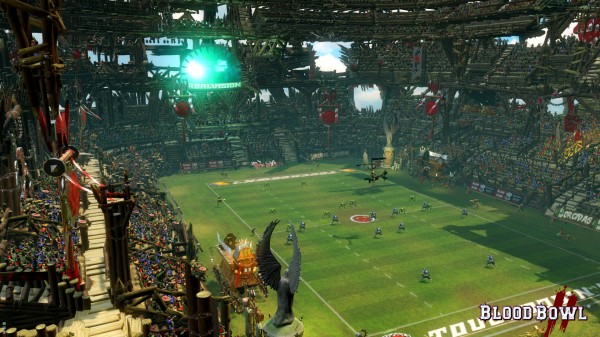