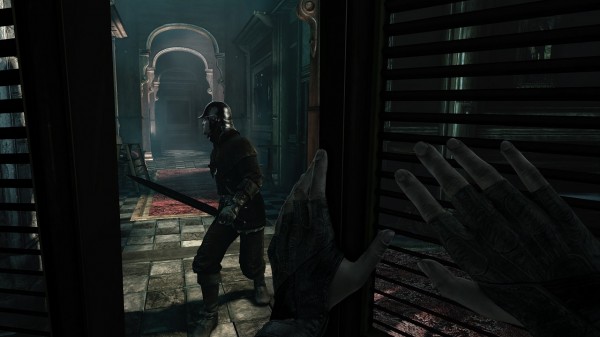 Thief has gotten a couple different trailers recently, but hasn’t being showing too much in the way of gameplay for the return of Garrett. The new trailer today from Square Enix and Eidos-Montreal tries to make up for this showing off a little bit of gameplay as Garrett meets up with his old friend Basso and heads off to steal the Heart of the Lion.

Though the trailer isn’t 100% gameplay it does show off at least a little bit, in between snippets of action and shots for dramatic effect. Though the amount that Garrett seems to talk to himself is somewhat interesting as he sneaks his way around and attempts to escape.

Those wanting to see what the gameplay of Thief will be like when the new game comes out in February 2014, can find the trailer embedded below. Thief will be releasing for Xbox 360, PS3, Xbox One, PS4, and PC and is offering a special Bank Heist mission for those preordering.