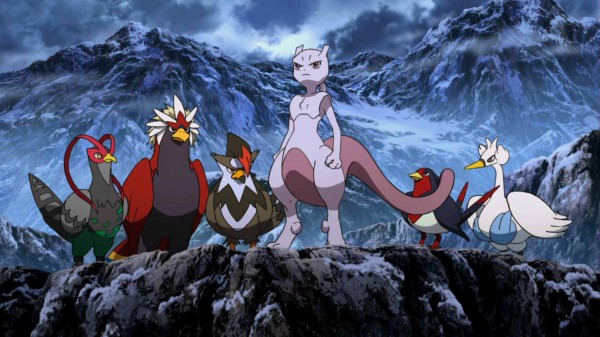 With the next Pokemon movie on it’s way over to Australia, Beyond Entertainment (who hold the rights to distribution down here) and Hoyts Cinemas will be hosting special preview screenings all across Australia and New Zealand for Pokemon The Movie: Genesect and the Legend Awakened. The actual DVD release of the movie is set for the 4th of December and will retail for $19.95 but big fans of the Pokemon franchise will be able to see the movie early by heading to a selected Hoyts Cinema on either Saturday the 16th of November at 1pm or Sunday the 17th of November also at 1pm. 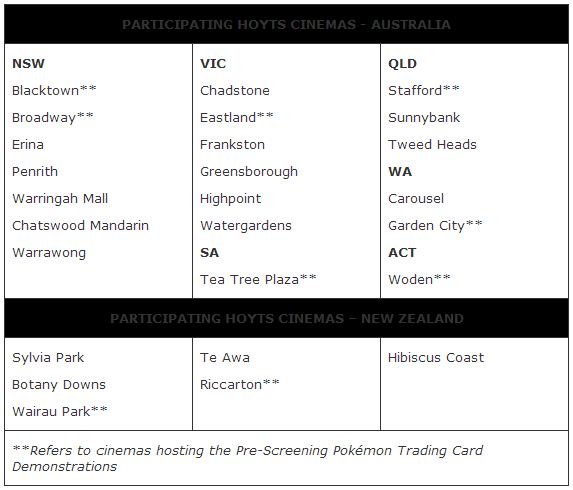 As you may have noticed, some of the cinemas around the country will also be hosting a special Pokemon TCG (Trading Card Game) demonstration that will happen at the selected locations before the feature actually begins so if you’re a fan of the TCG or you think you may want to try getting into the game I suggest you head to those particular locations early to check it out. To coincide with the release of the movie there will also be the “Grand Pokemon Contest” which Beyond Entertainments in partnership with Banter Toys and Collectibles, Nintendo and Tomy  have organised. They plan to give away a huge Pokemon prize pack worth $2,300 with 10 runner-ups getting the 16th Pokemon Movie on DVD. The competition will be closing on November the 24th at 5:00pm and prizes will be drawn on the 27th of November at 1:00pm. You can enter the competition on the Grand Pokemon Contest website here. 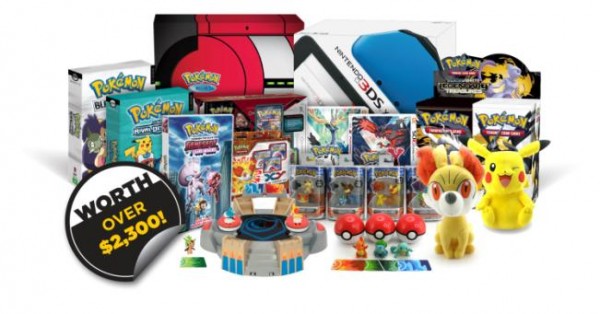 Now, just as a reminder to everyone; the special Pokemon The Movie: Genesect and the Legend Awakened movie screenings will be held at several, specific Hoyts Cinemas around Australia and New Zealand on the 16th and 16th of November at 1pm with certain locations holding a Pokemon Trading Card Game demonstration before the movie screening, the DVD release of the movie is set for the 4th of December and will retail for $19.95. The 16th Pokemon movie isn’t too far away from hitting our shores so get geared up, start training your Pokemon pals and get ready for the awesomeness that is Pokemon The Movie: Genesect and the Legend Awakened.