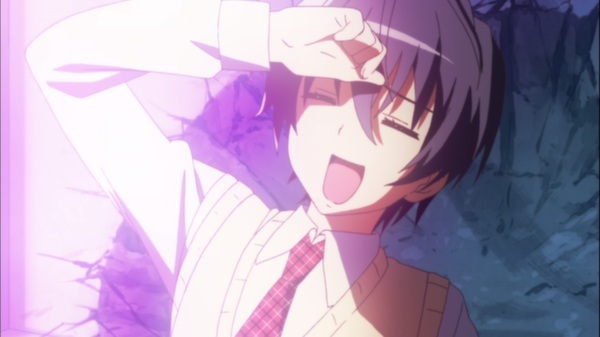 I am a picky man when it comes to comedy. If something is silly for the sake of being silly I will be the first to leap on it and tear it to shreds. That is not to say though that wacky ideas have no place in anime, or that all comedy should be serious and expertly crafted, quite the opposite in fact. For instance, one of that anime that inspired me to become a reviewer was the Fall 2011 surprise anime of the season, Ben-To. An utterly ridiculous anime with an off-the-wall concept, but what made it so brilliant in my eyes was its refusal to drop any hint that it was concious of its own silliness. Taking itself utterly seriously despite the clearly mad idea that it was based on made every joke twice as funny while also immersing you in the world and actually making you think that fighting over half priced food was insanely epic. So far Noucome is no Ben-To in my eyes, but it is achieving one thing that may secure its place in the greats if it can keep it up, its gimmick is seeming less like a gimmick and is actually serving a purpose. 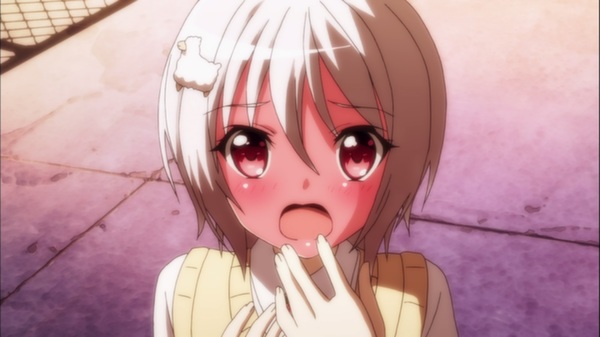 At first glance Noucome seems like a generic harem with a funny idea behind it and I am certainly not going to claim that it is anything more than that 3 episodes in, but I have a good feeling about it thus far. Today’s episode was a direct continuation from last week‘s mini-cliffhanger involving Kanade overhearing a surprise confession from the otherwise stony Yukihira. What I loved about this introduction was how in a matter of seconds they turned what looked like maybe the start of a romance back into exactly what it was before via a quick uppercut, knocking him out, and wiping his memory. It was a nice bait-and-swap trick that completely got me and left me in stitches. Not to mention, Yukihira’s initial reaction where she lit up like a stop light and stammered his name like the secret moe girl that lies under that fake cold aura she puts on. 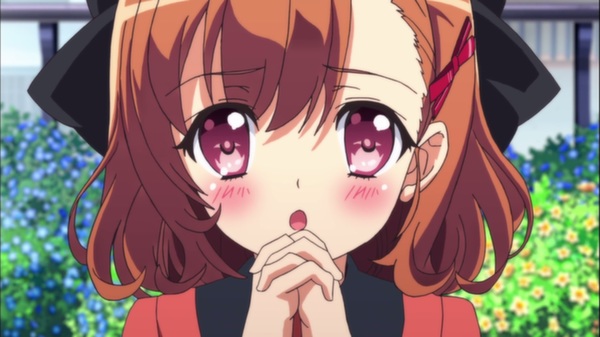 After last week’s efforts to make Yukihira laugh completely failed it looked like Kanade might have failed his task at the first hurdle, but in the end all it took was a gravity defying slip on a banana peel to have both her and myself rolling on the floor laughing. You simply can’t beat the classics. This week’s challenge seemed easy by comparison, “Spot Yawakaze Konagi’s panties being worn.” It’s just one quick panty shot, nothing could go wrong right? Well … Apparently not in the world of Noucome where a schoolboy can be cursed with absolute multiple choice. At every corner he gets defeated, be it by the Yawakaze Bodyguards that beat him up on multiple occasions or the multiple other natural phenomena that get in his way. By far the funniest moment of the episode came towards the end when Konagi repeatedly falls over and every single time one of the many forms of anime censorship comes to her rescue and is pointed out in true parody fashion by Kanade. Damn those supernatural light beams! First To LOVE-Ru Darkness and now this! 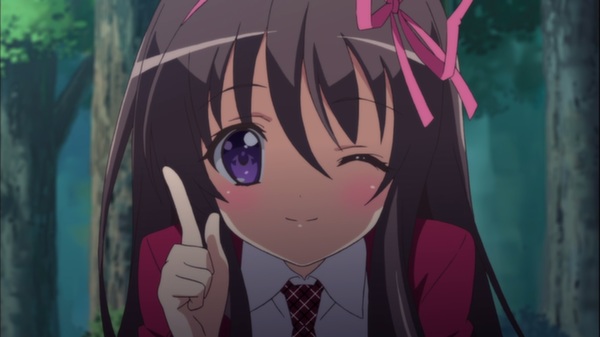 God didn’t make Kanade’s quest easy by dropping some really obscene choices into the fray, but nothing that you wouldn’t expect having seen previous episodes. However, there were a few new comedic techniques thrown in like the occasional bits of self-narration which were very blunt and amusing. I really like how the series has set up the main character as being in an obscene situation which requires him to say rude things to girls and generally be an idiot, but keeps letting you in on his perspective where it is apparent that he is really sorry that he has to do these things. Having a main character that is not just a senseless pervert is nice in this situation and definitely helps the laughs keep on coming. 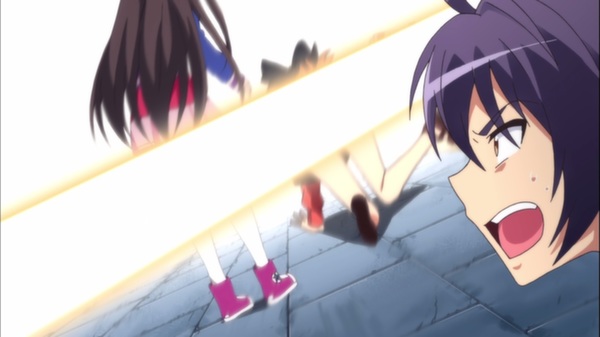 Romance wasn’t exactly a big factor of this episode, but we did get a bit more of an insight into Yūōji and Konagi who hadn’t really been touched on until now. Konagi was as moe as can be and even Kanade recognises it which is why he feels so bad having to put her through so much to see her panties. Yūōji on the other hand, seemed completely shameless until right at the end when she ran off after getting embarrassed when the wind blew her skirt up. Forget Yukihira being gap moe, I think Yūōji is the true gap moe character here! Either way there was enough moe goodness in this episode to sink a battleship and as a result the episode was wonderful. Fantastically funny, quick paced, and despite how stupid it was it had a surprisingly sharp wit which puts it a cut ahead of most of the other comedies this season. 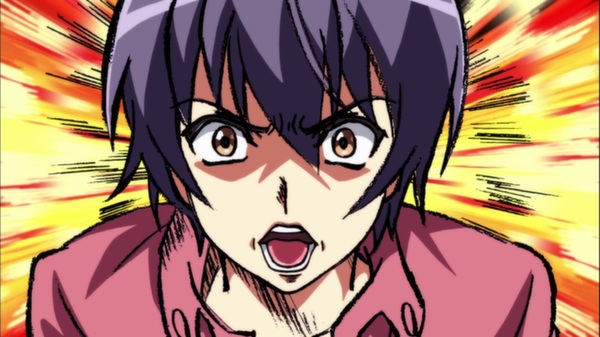 On a side note, the “what-if” situations that seem to have become a recurring skit are just getting funnier and funnier. They’re probably the main reason I like the multiple choice gimmick so much. Let’s hope they continue to be this random and well executed.