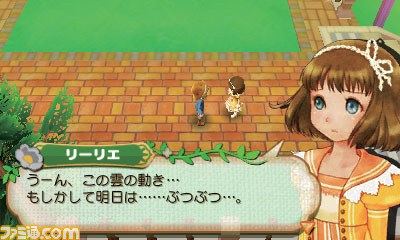 It looks like the Harvest Moon franchise is going to keep kicking for awhile longer as it has just been revealed that a new game in the series is currently in development and it happens to be called Harvest Moon: Linking the New World and it is currently set to be released on the 3DS in Japan on February 2014.

As for the game itself, players will take control of a male or female farmer in Oaktree Town where players will take care of a farm as they start up their life in the town. The game will feature a rather large graphical improvement from past games and there are a number of other additions such as a “Safari” area where wild animals roam about, more trade and streetpass elements and other additions all included alongside your standard features such as farming, fishing and looking for a marriage partner.