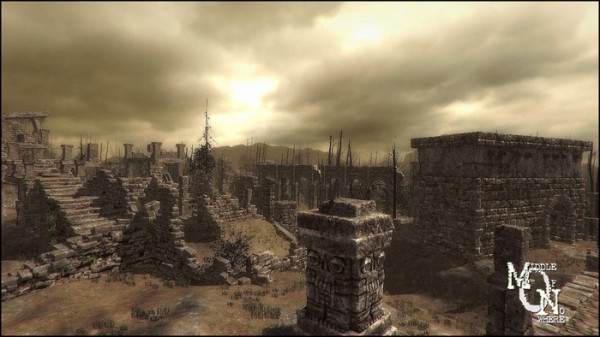 VisionArts is a small indie development studio looking to release their very first game with the help of Kickstarter. Middle of Nowhere is a retro styled horror game that looks to bring back old style gameplay elements of scarcity and survival with a modern visual style. Aaron Wilde from VisionArts sat down with us to answer some questions about indie development and Middle of Nowhere.

How did Middle of Nowhere start? How did you guys get from “Wouldn’t this be a cool idea for a game?” to “This how we’re going to make this idea into a real game!”

I got the idea for Middle of Nowhere last year when playing a survival horror game and remember thinking how much this genre had changed over the last 10-15 years. At that time, it was very much just an idea and so I looked into it a little more and to my surprise, I didn’t see a game like it on the market already. It started out with just myself, then co-developer and level designer Maria Hansson joined me. When me and her took the game to a late concept stage we started looking for team members and by this time, the project became serious. We were very lucky to have in a short time a bunch of people come along applying for various positions for the team and something I like to do is have a personal interview/chat with them on Skype so I can get a feeling of their attitude and dedication towards not only their craft but the project as-well. So now there are six of us working on the project and I’m sure there will be more in the near future but I’m very happy with the talent involved in the project. We are now working all the time on the game and have a tremendous amount of passion for it and it’s direction. We as a team love survival horror and have a great amount of experience with the genre. We want to re-visit some traditional themes that I haven’t seen captured in survival horror for quite a while. We can’t wait to show fans what we have in store for MoN as everything so far has been created in the short space of 3-4 months. 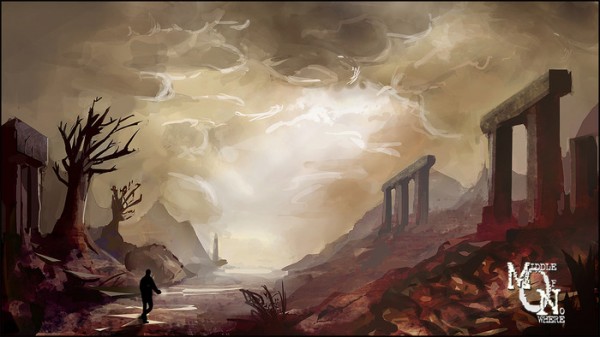 VisionArts talks a lot about going back to old style horror. What parts of modern horror games are you guys specifically trying to avoid?

Well, I wouldn’t say it’s trying to avoid them exactly but our experience with the genre has made us actually want a game like the one we are trying to create. By that I mean, there was a time in survival horror where you shot an enemy with your very limited ammo but even with that, the enemy kept on coming. It had a true satisfaction and suspense to killing enemies that I don’t really see in survival horror games nowadays. That’s not to say the genre is bad or that modern day survival horror’s are at all. It’s just such a change from 10-15 years ago and we personally feel that the genre has got too easy regarding things like ammo, health and too much action.

Where do you guys find inspiration for the twisted creatures you have shown off so far? Has there been a moment where you looked at something and thought “That’s too horrifying, I think we need to cut it from the game.”

Haha, I think it’s really a combination of all things terrifying that we’ve seen ourselves in survival horror games. Something we love to do is listen to feedback from fans and what we do is study what people like to see, what really scares people from back in the day and modern survival horror’s. Our current creatures are a combination of that. “Stitches” much resembles something you would see in Silent Hill 1 whereas “Creeper” much resembles something you would find in Frictional Games Penumbra series for example. We want our creatures to be varied as much as possible to avoid repetition.

You have posted several videos that really give a good look into the hours that goes into video game development. Are there plans to continue providing this candid look in the process of game development?

Absolutely! we have a number of video updates planned showing behind the scenes on what we are working on and additional features in the game. In fact, it’s something we really love to do. I think it’s very important to listen to fans and constructive criticism to shape the game to be a game that fans do want and wait for. In many ways, we are creating this game with fans because we do go out of our way to watch as many lets plays as we can of the demo we provided on Kickstarter and any reviews we may find good or bad. So far we have fixed a number of issues because of this and so we definitely plan to have progressive videos, images and just messages to fans during development to always keep them in the loop. 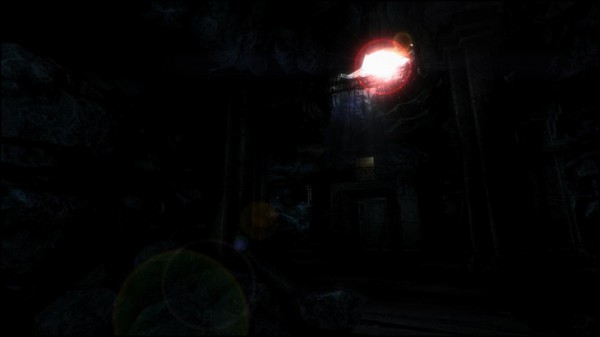 What sort of challenges have you encountered in developing Middle of Nowhere?

A game is hard work, no doubt about that. I’m sure many people have tried and then got into it and seen how much work it actually takes, especially when you have to live up to fans expectations.
However, every fall we have encountered thus far in creating MoN, we have stayed up that same night to fix it. One time, we deleted every piece of grass, bush and tree in one of the biggest locations in the game we designed yet and it felt terrible but I remember us staying up that same night until we re-created the whole thing and it actually turned out a lot better then the original.
I have to say that I personally like that challenge, if there wasn’t one and it was easy then that would be it and the game would be done really quick. The challenge of it, of impressing fans makes me always want to improve features in the game to a great standard.

Your Kickstarter page really emphasizes the importance of listening to gamer’s feedback while developing the game. We gamers tend to be a pretty noisy and opinionated bunch with really high expectations, how do you plan on managing it?

That’s a very good point and thus far, we’ve had various opinions, questions and concerns from quite a lot of people. The thing we look for is the most requested of these 3 things. If we overall that something has been said quite a few times, we look into it and it is as simple as that. A hard one I think players have to grasp is that because we are going back to the old days of survival horror, guns and combat is much more difficult and ineffective and I think players have become way to used to the idea of it being too easy so that’s a hard one to manage but we’ll end up finding the right balance for sure. I feel that you have to listen to fans, you just have to. We obviously can’t listen to every single one because there are too many but as I said, if something is said in mass then we do listen, we do address it and then we announce it so that they know we’ve addressed the issue. 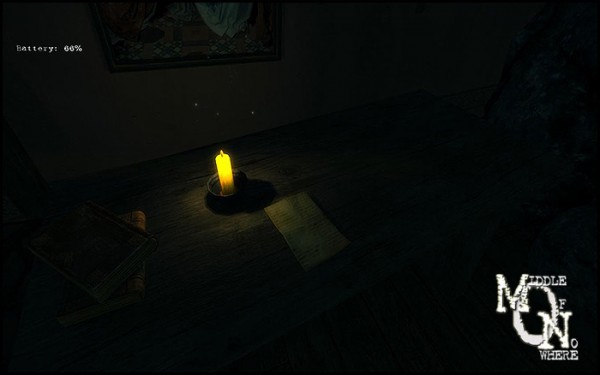 Indie development is a terrifying matter! Will your budget allow you guys to take the plunge and work on Middle of Nowhere full time?

I agree and I think that’s a big thing that is missed for Indie’s. Me and the co-developer Maria Hansson are lucky enough to be in a position that we will be working full time on the game providing Kickstarter is successful. If it’s not, I don’t think we will be able to continue development, at least not very a long time because of this issue. Our budget for Kickstarter is going directly into the games development, all of it, every last dime. I think £25,000 is not a great deal of money for a video game considering that games usually use about 20m. However, we have looked into our exact budget and we know we can deliver if successful and we truly believe it will be a powerful game if we make it. I understand though that it’s hard to trust a group of people who haven’t made a game before with your hard earned money but that is what Kickstarter is all about, we have to start somewhere and you pledge because you believe in the project and people. I will deliver this game somehow and someway and if it’s successful then everyone has made our dream come true and we will deliver the game they have been waiting for to the best of our ability.

What’s the long term plan after your Kickstarter is funded? Will backers get a chance to join in on the alpha or beta and play a greater role in the development of Middle of Nowhere?

Well as I said, we’ve worked out an in depth budget so are ready to go with development right away. Something we always plan to do is keep updates coming, take feedback in and listen. We will most certainly provide a demo of the finished product more toward the release so they can really get a taste of the games power and I have to say, I’m already very excited about that. Our direction with the game is very ironed out and I think that will show providing the Kickstarter is successful. 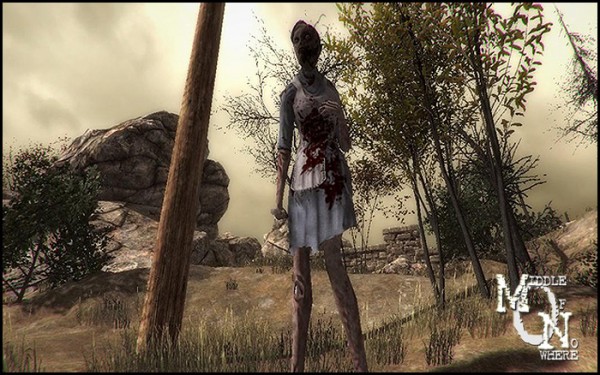 Do you have any advice for budding indie game developers?

The best advice I can give is that I know when you start a new project and have a dream of a game you feel raring to go and then see how much work it takes and it seems daunting but it is very possible to create the game you love with enough persistence. If you have that dream, then follow it and keep true to it. There will always be people who love what you do as-well as those who hate what you do, it’s unavoidable but I can bet, with enough passion and dedication your good supporter will far exceed your bad and you’ll end up loving the experience of game development.

Thanks to Aaron Wilde for taking the time to sit down and talk with us! Be sure to check out Middle of Nowhere’s Kickstarter campaign and their Steam Greenlight campaign!