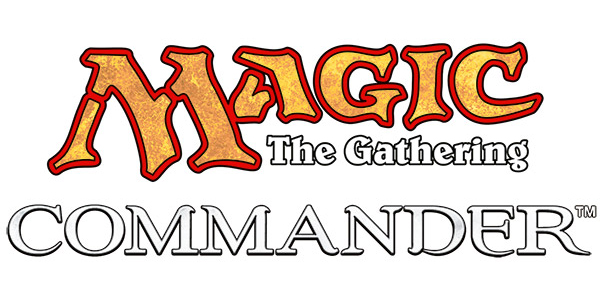 It is an exciting time Planeswalkers! Wizards have officially launched this year’s five Commander decks for the hugely popular Magic The Gathering trading card game.

For those who don’t know, Commander (formerly known as Elder Dragon Highlander, or EDH for short) takes the rules of Magic and alters them slightly to create a new, wildly different and incredibly fun experience. Instead of 60 card decks, players will use decks comprised of 99 cards + their commander. The commander that leads their deck can be played at any time, and has additional rules in place to further change up the game. The Commander rules add a whole other level of strategy to the game, but it would take me a whole article to explain them in their entirety, so to check them out for yourself, head over to the Official Commander Rules page.

This year, players will be able to purchase one (or more) of five different pre-built Commander Decks. The decks include reprinting of some old, and powerful cards, as well as 15 new cards each. The decks also contain three choosable commanders to lead them into battle. The decks are as follows: 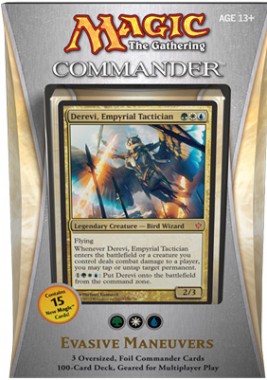 Nature of the Beast

Each of the Commander 2013 decks are available NOW from your local gaming store, and will run you about $45 a piece. Hefty price, but for the amount of cards you get, it is well worth it (especially since many of last year’s Commander cards jumped in price soon after their launch).

Will you be picking up a Commander 2013 deck? Let us know in the comments below, and don’t forget to check out our reviews of two Theros Intro Decks – Manipulative Monstrosities and Blazing Beasts of Myth. As always stay tuned to Capsule Computers for all the Magic the Gathering news as it becomes available.

Game of Thrones Writer to Draft Magic: The Gathering Movie 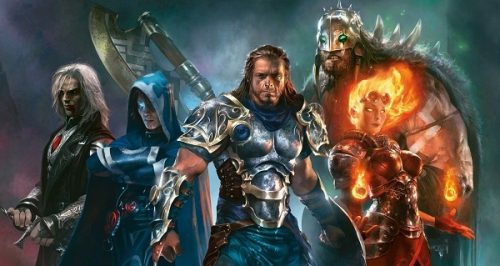