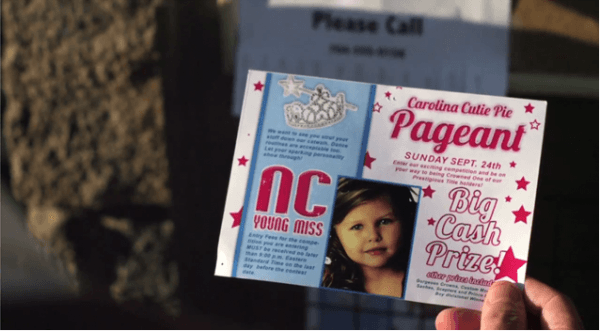 “Bad” Grandpa is an understatement… Irving Zisman may just be the worst grandfather in history! A terrible influence that should not be allowed guardianship of any kind. But, by God does he use his grandson to produce some hilarious situations.

Paramount Pictures Australia is bringing the Johnny Knoxville created character to the big screen with Jackass Presents: Bad Grandpa, releasing nationwide on November 14. And the newest individual clip released highlights one of the more riotous scenes shown in the original trailer – the ‘Beauty Pageant’. Watch the clip embedded below to see the parents of these poor children traumatised… serves them right for exploiting their kids. And for the adults who aren’t afraid of swearing and, of note, an elderly man with his ‘member’ stuck in a vending machine, then check out the Redband trailer too.