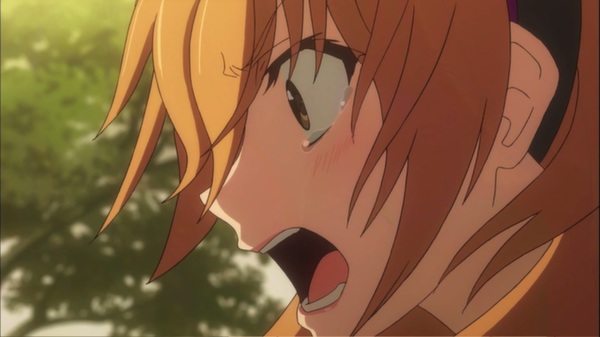 “Love makes the world go round,” as the old saying goes, and yet day after day we are bombarded with songs on the radio about heartbreak and suffering. While it is definitely not a zero-sum game, romance can bring about as much sorrow as joy and the author of Golden Time is clearly no stranger to that feeling. Losing a loved one is something that a lot of people can relate to and while it may not be through death, a messy breakup can feel just as traumatic and the betrayal, however genuine or misinterpreted  it may be, can leave a nasty sting. In Kouko’s case her delusions of affection have been a huge part of her life ever since her childhood so when the bubble popped, it was more like an explosion, destroying everything that she built her future around. It only took 4 episodes for the inevitable to happen, so now the real drama begins, how will Kouko handle the destruction of all that she knows? 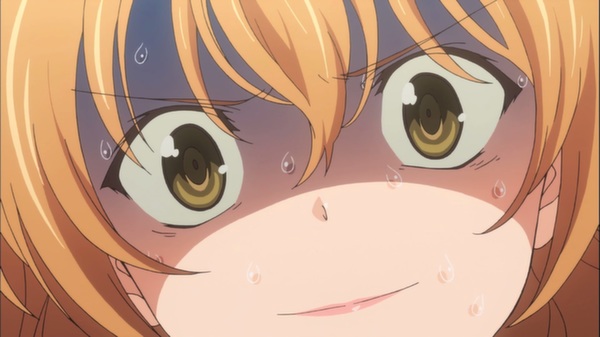 It would seem that I was spot on with my predictions last week as this week’s episode ushered in a whole direction for Golden Time after the sudden “break up” between Kouko and her beloved childhood friend, Mitsuo. No matter how completely expected and inevitable the confrontation was I still felt a certain sense of discomfort as I shuffled in my chair awkwardly, relating Kouko’s utter desperation to my own experiences of breakups. The way that J.C Staff paced the first half of  the episode combined with the perfect scripting of every character involved built up a sense of dread that culminated into one key scene that captured her despair perfectly and finally got me immersed into the series as a whole. 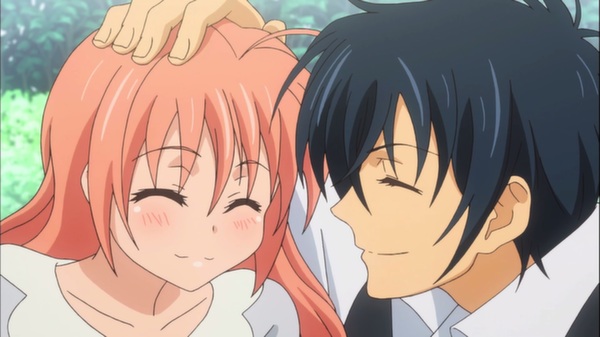 Kouko is an odd character that I have been sitting on the fence about ever since episode 1. At first she came across as simply a crazy girl who I felt nothing for in particular since she had her heart set on one person and that was that. Personally, my favourite part of any romance is watching the love between two characters gradually growing with each episode until the final payoff, so seeing Kouko already obsessively in love left me remarkably unexcited. It took a lot to break her, but now that she has fallen from grace she is left with a blank slate and now the real romance can begin. 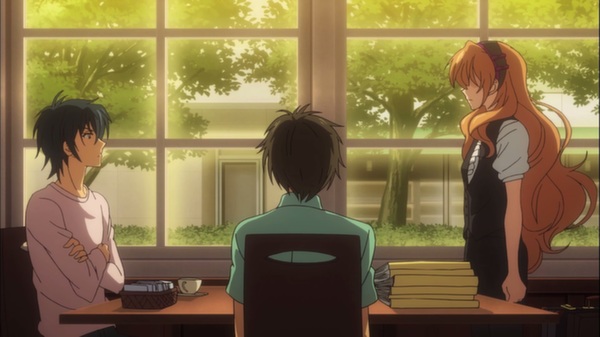 Cue the main character on his white horse to rescue our damsel in distress from her pit of despair. Stepping in to wipe her tears, Banri stuck with Kouko and stopped her from going down a path of self-destruction. Much like his attempts to get her to leave the religious cult last episode though, Kouko’s strong will made her impossible to completely control and soon she was on stage at a heavy metal concert, screaming at the audience and making a fool of herself. While cringe-worthy, the latter half of this episode was amusing in its own way and it all came together when Banri confessed to Kouko which shocked her enough to make her forget about her grief at least for the time being. If I know girls, that definitely won’t be the last we hear of the issue, but with Banri showing his intentions all of a sudden it won’t all be doom and gloom and the adorable will-they-won’t-they moments should come in their floods! 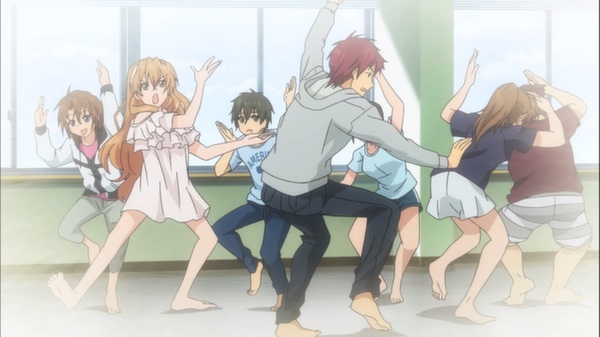 Golden Time is proving to be a game of masks and façade. Neither character has shown their true nature in full effect yet, but what makes it so engaging is that neither of them could have avoided it. Banri has the crippling problem of amnesia so his mask was forced upon him and the exciting possibilities that could come from this are endless. Will he ever discover his true face and when he does will he want to go back to how he was? That then raises the question of what is your real personality? Is it what everyone expects you to be or is the you that you are now who you really are? All the while he is working this out I imagine Kouko will be falling in love with the Tada Banri that he is now so if he were to ever return to who he was before the accident what would happen to their relationship? Now that her mask has been shattered  after years of pretence she will have to build her life from the ground up and Banri is the only one left to help her. If he disappears then how will she cope? If we didn’t have enough questions before then we certainly do now! 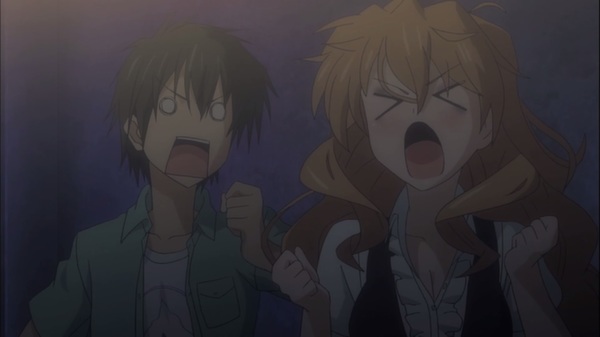 The story is set and now that the dam that was Kouko’s delusions has been shattered, the story is in full flow. Next week we will see what comes of Banri’s confession and how Kouko will react. Moreover, how will Mitsuo take it? You never know what you have lost until it is gone and for all we know he could hate Banri for confessing to her. All will hopefully be revealed next time! For more awesome reviews of this season’s best and worst anime, head over to our Anime Impressions page.