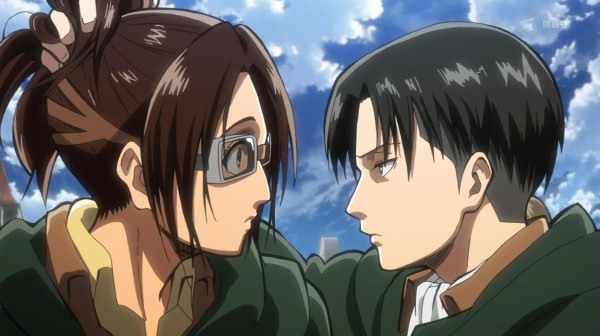 Attack On Titan is still fighting strong and, with the amount of merchandise it has coming, it’s slowly turning into it’s own franchise rather than just a series. We only recently heard about the reveal of an official 1/1 scale 3D Maneuver Gear that is going up for sale sometime in 2014 and while we have seen some incredible figures of the main characters I doubt they will get as much attention as this one.

Levi is an Attack On Titan fandom favourite so i can imagine that a LOT of people will be excited about this release: It is a 1/8 scale figurine of the one-man army himself. His pose is confident and he looks as though he’s ready to battle at any time. His head is moveable so as to change his line of site, his cape is removable and his swords can be held both in the usual way and backhanded which adds at least 20% more style to this figurine.

This next little bit of info I KNOW the fandom will love: If you’re lucky enough to get your hands on the “Delux Edition” of the figurine you will also be given a few extra additions to it that are “pretty quirky” to say the least. It comes with a bandanna and two brooms which replace his swords, transforming Levi into the clean-freak we’ve all seen in the series. The figure stands at 200-millimeters and will go for about 8,400yen with the “Deluxe Edition” being sold for 9,240yen. It goes on sale in January of next year so start saving your money now, Levi-Fans!