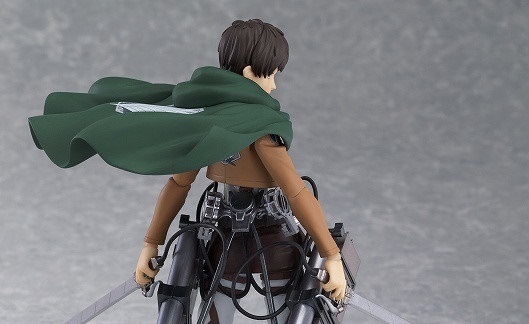 Today is the day that Pre-orders open up for the upcoming Figma figurine of Attack On Titan’s Eren Jaegar. Like all of the Figma-made figurines this one is extremely detailed and fantastically pose-able, you’ll be able to see in the images below that, with enough concentration, you can pose Eren in all the ways he could be seen throughout the series. The figurine comes with three difference faces, those being stunned, angry and neutral. 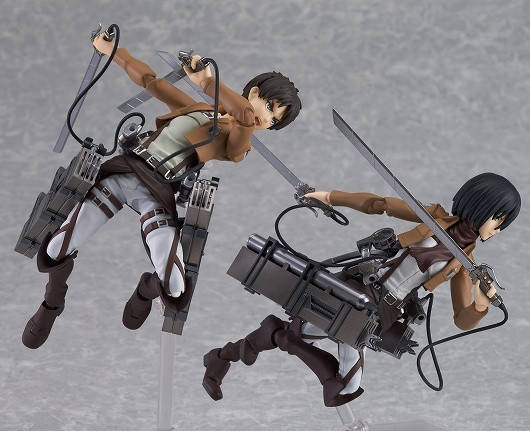 It also comes with a “Recon Corps” cloak  that looks to be blowing in the wind, a full 3D Maneuver Gear with replacement blades and a whole bunch of attachments and extras that will really bring this figurine to life. Alongside the Figma Eren that I’ve just spoken about we’ve also been given a glimpse of Good Smile’s Eren Jaegar Nendoroid figure which, although it has no release date, is set to join with the Mikasa Nendoroid figure that we saw a week or two ago. Like I said above: Pre-orders have opened up today and the figure itself is set to be distributed some time during April of next year.