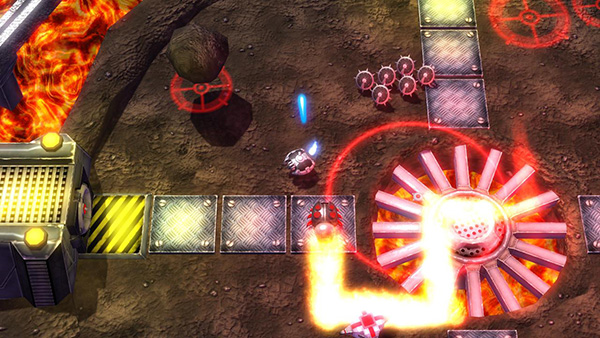 Namco Bandai has announced today the launch of Hexodius on Xbox Live Arcade for the Xbox 360, priced at $9.99. The game was also released for the PC on Steam earlier this year with a demo available to download.

Hexodius has multiple endings for each difficulty setting, an arcade and story mode, boss levels, 25 enemy types, 40 customisation items and an online mode with leaderboards.