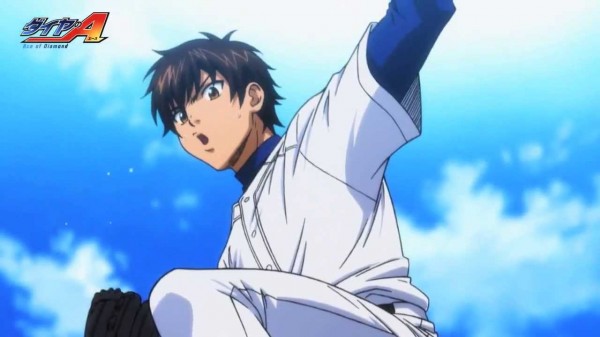 While watching this first episode it is hard to escape the feeling that you are watching something truly special. It only makes sense when considering how prestigious the manga it’s based upon is. Being a multi-award winning manga series, it was only a matter of time before Ace of Diamond got an anime adaptation, if anything it is surprising it took this long.

The first episode focuses in our hero, an ace pitcher named Eijun who has a bad boy streak in him. Eijun dreams of going all the way to nationals with his team. Having never won a match that dream is dashed out time after time. After a gruelling game Eijun is brought to tears, blaming himself for their collective loss. When a player on the opposing team makes a snide remark about Eijun having a girl on his team, Eijun flips a switch and gives the opposing team a slapping they’ll never forget. 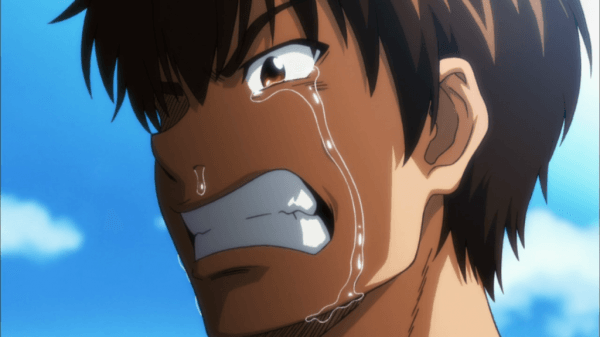 After being reprimanded by a teacher, Eijun promises that he will take his team to nationals in high school. We get a glimpse at Eijun’s passionate side when we see the lengths he goes to in order to ensure he makes it past the entry exams for the high school they all plan to attend. He refuses to even play baseball, the thing he loves most in the world, so that he can study for those exams.

There is an interesting spanner thrown into the works however when a scout from a school in Tokyo called Seidou turns up at Eijun’s home with an invitation to join Seidou Academy and it’s presitigious baseball team. The whole thing doesn’t smell right to Eijun so he goes and checks the place out for himself after a bit of persuading from the talent scout.

It is at Seidou where we meet several other players that each look to provide Eijun with a challenge in coming weeks. After witnessing one player rip into his team-mate, Eijun flips out once again and asks him a very interesting question, “Did this so-called prestigious school not teach you that baseball is a team sport?” It seems like with that line we come to know who Eijun is as a character. He doesn’t play baseball to be the best, he plays baseball for the comradery that comes with it. He does what he does not for himself, but for others. 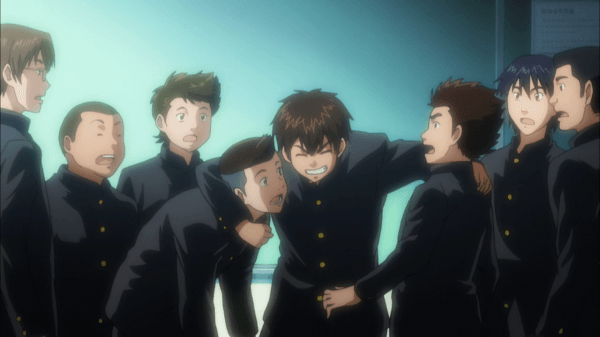 Right now Eijun is definitely the most interesting character of the cast, but with a number of intriguing characters popping up throughout the episode we can only wait to see how things develop in the coming weeks. This episode ended on a pretty big moment and next week looks to pick it up a notch with the confrontation between Eijun and Azuma.

As it stands now Ace of Diamond looks to be a clear highlight of a season already packed to the nose-bleeds with sports anime. What differentiates Ace of Diamond however is that it isn’t simply about baseball, it is about why these people play baseball, why they love baseball and that burning passionate desire that lives within us all. 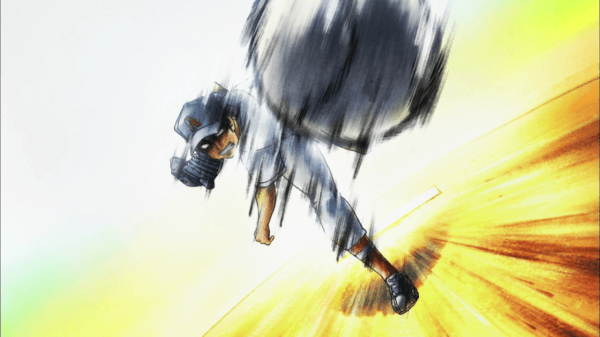 The animation here is done by two of my favourite studios in collaboration (Madhouse and Production I.G.) and I must say they have done a superb job at bringing the series to life. It is visually stunning and fluid, with several instances of fantastic sakuga animation on display in this first episode. I hope that the quality is consistent throughout much like Madhouse series usually are and unlike how Production I.G. series usually are. I gotta say though, I really loved the soundtrack here. The opening theme was a big hit for me, it is super catchy and I can’t get it out of my head.

This first episode really hit all the right notes for me and I can’t wait to follow Eijun and his friends on their journey to nationals. Ace of Diamond really hit a home-run. 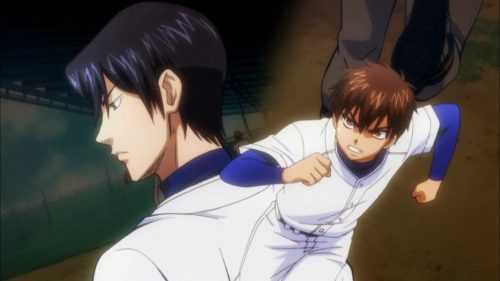