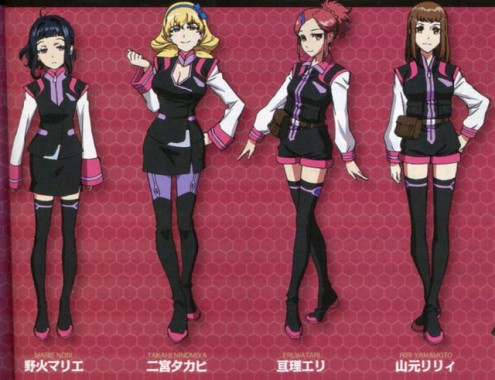 The lovely ladies of Season One are back and better than ever!

Not much has really surfaced for the second season of Valvrave The Liberator, what you’re about to see is some awesome-looking pictures of the cast in the second season but apart from that we really haven’t got much at all, which is fine essentially because it’s only about a month until we actually get to see the series again. If you haven’t seen the series I highly suggest you go and catch up on it now before the second season begins because when it does a lot of people will be talking about it and you don’t want to miss out on that. Not one bit.

There’s a real focus on the female characters in this sneak peak.

Straight away we can assume that a sense of true government and stability will be developed by the time we’re introduced back into the story, you can see that strictly through the costuming and, in fact, that’s about all we’ve gotten. I’m hoping that the series evolves from just being a “segregated school” to and actual form of government and I think that’s what is going to happen. I highly doubt there will be any elongated time skip between seasons, I don’t think that will fit very well. It can really go a few different ways; there could be a small time skip and the audience will be told what happened in that time through flashbacks, we could see the development of the characters first-hand instead of through memories, it could honestly just begin right where it left off and blow our minds like the last season did, there are so many ways it could happen, such is Anime. 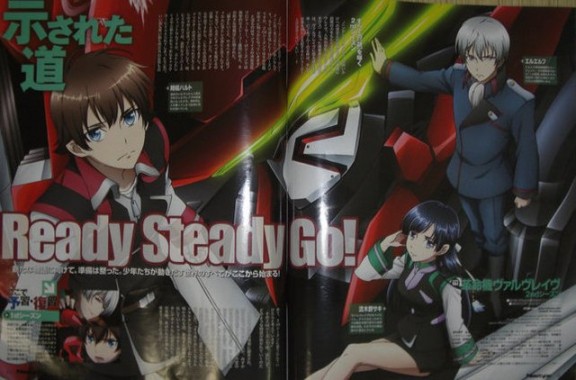 Straight out of a magazine but at least we have it.

Fact is; none of us will have to speculate for very long because, come October, we’ll be engulfed in the awesome power that is Valvrave The Liberator which has actually just been licensed by Aniplex. It made a very big impression during the run of it’s first season so I have no doubt in my mind that it will be making the same, if not bigger, impression this time around. Speculate with us, hit the comments section below and let us all know what YOU think is going to happen in Season Two of Valvrave The Liberator, we’d love to hear your thoughts.