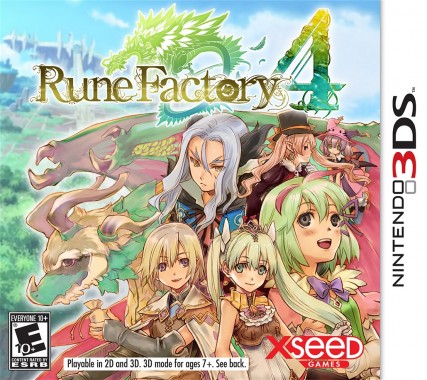 After having an apparently minor delay, it has been revealed that Rune Factory 4 will be hitting stores in North America on October 1st. The game will be available both at retail stores and also as a digital download for $39.99.

To go along with the game’s release date announcement, XSEED Games have also released a new trailer which details the game’s cooking, crafting, forging and mixing systems. The video can be seen below and as for the game itself, it will feature a more advanced dating system than previous titles which allows players to choose either a male or female to play as and also combines various farming and resource gathering aspects and pairs them with dungeon crawling RPG mechanics.