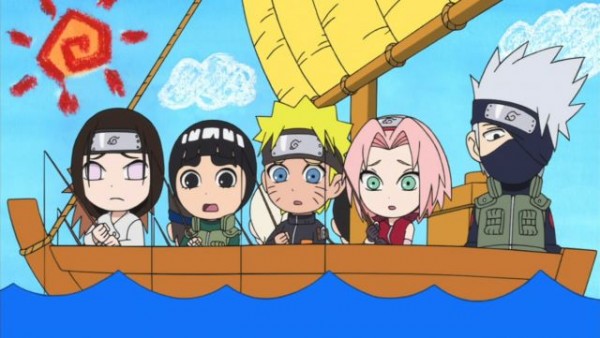 It was only just announced by TV Tokyo that there is going to be another Anime Series based off of the Naruto Spin-Off: Rock Lee and His Ninja Pals. The series has not been labelled a second “season” but instead is being pitched as just returning in a “new series”, it will be produced by Studio Pierrot who also did the original Naruto Anime as well as the first Rock Lee and His Ninja Pals. There has really only been one picture release, it is just the announcement image, but from what we can see it’ll look the same and will most likely have the exact same humour and storytelling style. It will still be based off of the same Manga by Kenji Taira. 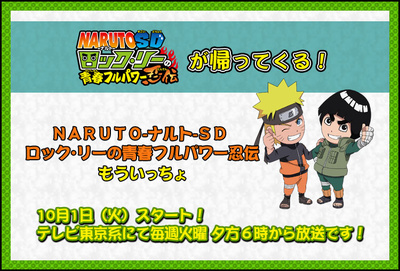 The new series will be called “Naruto SD: Rock Lee no Seishun Full-Power Ninden Me Iccho”, that’s obviously the Japanese name but as of yet there is no official English title. The series will begin it’s run, as part of the next season of Anime, on the 1st of October and will air every Tuesday at 6:00pm so keep an eye out for it, if it’s anything like the series that came before it it should some good fun!