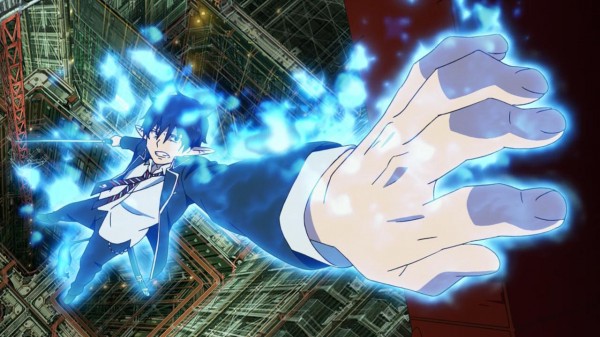 On Saturday over at the “Anime Weekend Atlanta” holders of the Blue Exorcist license, Aniplex of America, announced details for the home video release of the Blue Exorcist Movie. Aniplex has set the release for the December the 17th of this year, just in time for Christmas. It will be released as a limited edition Blu-Ray boxset, it will also be subsequently released on DVD too.

The limited edition set will include a Blu-Ray disc with the actual movie on it alongside a DVD that includes bonus features like commentary tracks by the Japanese staff and cast, promotional trailers, staff interviews, a deluxe booklet which has to do with the movie and illustrated postcards in a “rigid box” done by the original manga artist himself, Kazue Kato. The Blu-Ray edition of the movie will be sold for US$89.98 and the DVD version will go for  US$39.98. You can see the English Trailer here just in-case you’ve yet to see it and don’t know what the hype is about.