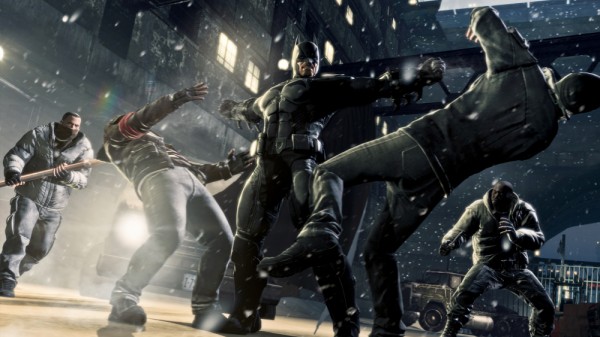 Today Warner Bros. has revealed that they are planning on offering a Season Pass for Batman: Arkham Origins which will cost £15.99 / $19.99 and will be available when the game launches on the PS3, Xbox 360, Wii U and PC on October 20th.

The season pass will save buyers £12 / $10 and offer five DLC packs which are planned to be released sometime after the game’s release. The full list of content can be found below and it contains New Millennium Skins Pack, Infinite Earths Skins Pack, the exclusive Gotham by Gaslight Batman Skin and Brightest Day Batman skin, an Initiation challenge maps where players can play as Bruce Wayne and an all new story which has yet to be revealed. 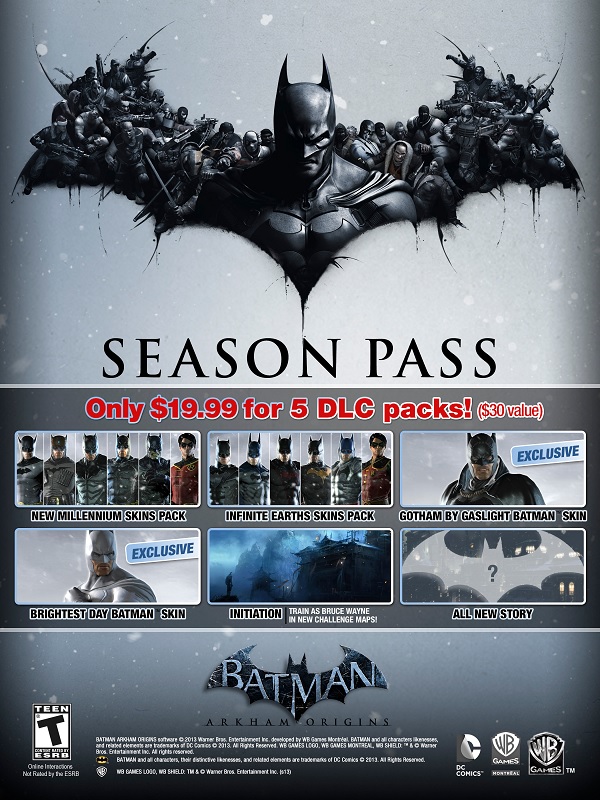