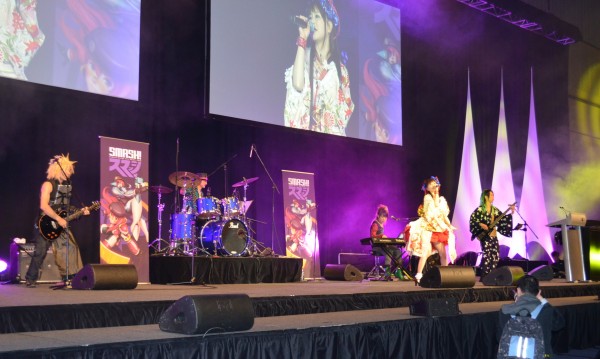 Loverin Tamburin on stage at SMASH! 2013

At SMASH! 2013 this past weekend, Japanese Pop-Rock band Loverin Tamburin took the main stage, not once but twice for a rip-roaring live concert performance for attendees of the convention. 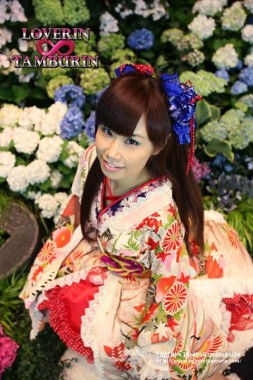 The six-piece group figuratively smashed the house down with renditions of anime music classic from series such as Magi and Dragon Ball Z. The group even performed several of their own original tunes which received an excellent reaction from those in attendance.

During the final two songs of their concert, fans pooled right up to the stage and began rocking out along with the band. Loverin Tamburin’s lead singer Aya had the audience in the palm of her hand and played them like a fiddle, with the incredible emotion and energy behind her singing stirring the crowd into a frenzy of dancing and jumping.

It was very clear that Loverin Tamburin is a band that loves anime just as much as everyone at SMASH! especially when considering that some of the band members themselves turned up in cosplay.

If you were unfortunate enough to miss this incredible live performance, you can check our performance highlights video below, showcasing some clips of the performance. Loverin Tamburin have stamped their name in the hearts of Australian anime and music fans alike with what was undoubtedly a revelation of a performance.