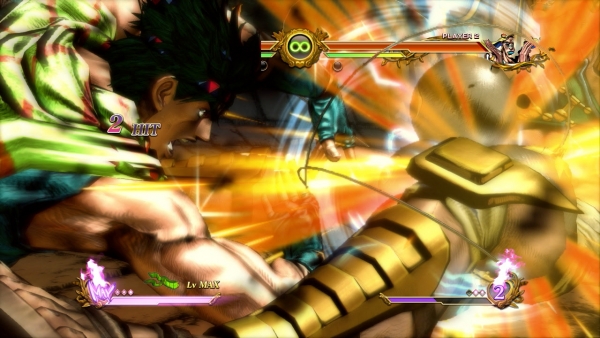 The weeks continue to roll by and so do Namco Bandai’s JoJo’s Bizarre Adventure: All Star Battle trailers. Everyone is getting incredibly excited about this game, it seems as though even the game development team is giddy with excitement, releasing all of these awesome trailers. The latest trailer is a bit more of a longer one than the last two, this one goes for three and a half minutes and shows off the DLC characters that are available in the game going head to head in all out fighting action.

The characters they’re focusing on are Pannacotta Fugo, Shigekiyo Yangu and Stardust Crusaders’ own Iggy. They are the most recent additions to the game roster and , I believe, are already available, there has been no release of information to dispute that so far so I’m hoping this is the case. The game was released in Japan today on the PS3 and each DLC character will go for 600 yen each. Head down below to watch the latest trailer and let us know what you think in our comments section just under that.