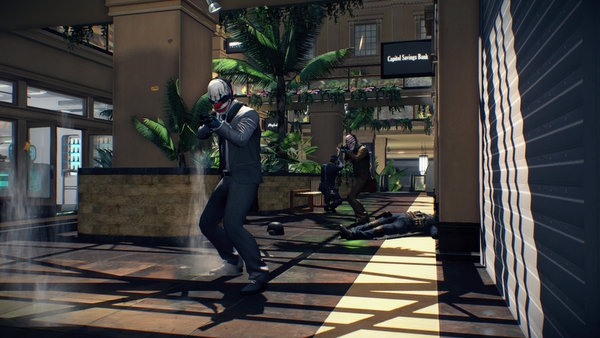 In time for this week’s release of Payday 2, Episode 4 of the PayDay 2 Web Series is now available on YouTube. Episode 3 left off after a brutal fistfight cleared Hector’s strip club. Episode 4 starts with Special Agent Griffin talking Mr. Steele, the owner of the First World Bank. She is looking for clues to track down the PayDay crew and suspects Mr. Steele is involved. At the same time, a corrupt politician known as The Elephant is working his way into Bain’s Crime.net but getting in isn’t that easy.