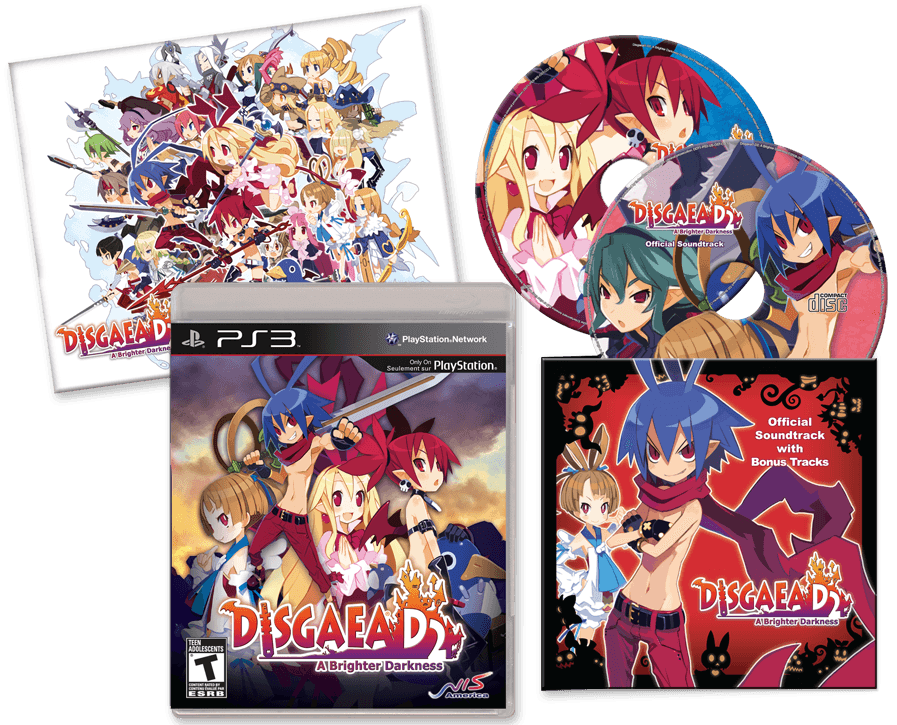 Today NIS America has given us a fair bit of information for Disgaea D2: A Brighter Darkness. First of all, the game which is slated for release on October 8th in North America will be given a number of first print bonuses. These bonuses include a two-disc official soundtrack, a graphic print with characters from the Disgaea series, and finally a DLC code that will provide a costume pack with outfits for Laharl, Etna, and Flonne.

Also revealed today were a handful of new screenshots and in-battle footage from the game, both of which can be seen below:
Laharl and his allies performing a “Hamster Attack”

Demon Gaze to have free Disgaea character DLC at launch