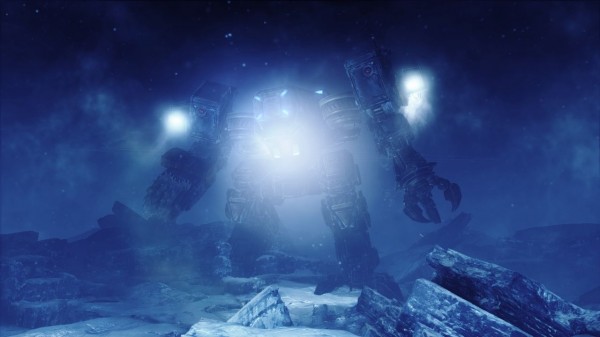 Chances are you wouldn’t be lucky enough to have this vital suit!

We may traverse barren, icy wastelands in video games, but do we ever stop to consider what our survival rate would be if it were real life? In those extreme, freezing, unforgiving conditions? Well now, you can find out.

The temperature on E.D.N. III – Lost Planet 3‘s setting – is a lethal minus-120 degrees Celsius…the frozen planet can easily become a mass grave-site, but not if Jim Peyton has anything to say about it. The latest video from NEVEC, viewable directly below, gives a chilling account of the human body’s reactions to severe cold, both mental and physical. When I say chilling…that’s not just a pun, I mean it! It explains, step by step, what happens internally when your body temperature drops below the normal 37 degrees celcius. Black, deadened extremities and rupturing eyeballs in their sockets…no thank you! Trip to Antarctica cancelled!

If you would like to find out whether you are fit enough to survive E.D.N. III’s deadly temperatures, you can take this test and find out how your skills compare to some of the greatest survival stories in history, including that of famous astronaut Jim Lovell and rock-climber Aron Ralston.

Capcom‘s Lost Planet 3 is scheduled for release August 29, on PlayStation 3, Xbox 360 and as a PC digital download with a retail PC version coming on September 26.