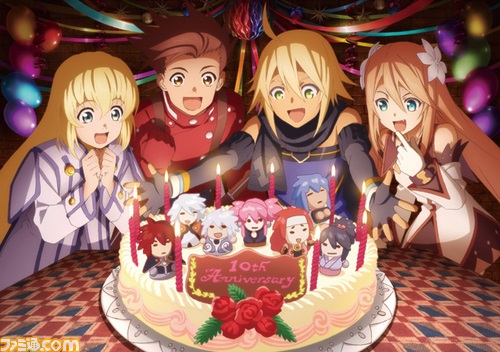 Today a new trailer for Tales of Symphonia Chronicles was released by Namco Bandai in Japan and in this time around the trailer focuses on the character Colette Brunel, the female lead of Tales of Symphonia. You can check it out below but beware of a few spoilers, unless of course you’ve already played the original version of the game.

Also released today was a short TV spot which can be found below and a look at the 10th anniversary greeting card that will be included with all first run copies of the game in Japan. Currently the title is set to be released on October 10th in Japan and sometime early in 2014 everywhere else.

Tales of Symphonia to be Released on Steam in 2016