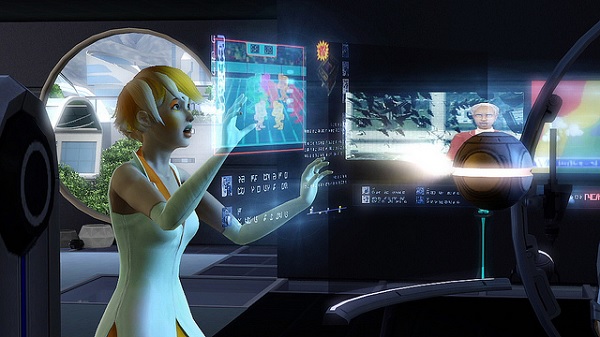 Today EA has revealed that the next Sims 3 expansion pack will be called Into the Future and will be released sometime this Fall. The Sims 3 Into the Future Expansion Pack will allow players to travel between the present and future. Sims will be able to transport themselves hundreds of years forwards where they can meet their descendents and buy fancy futuristic items, but be careful of the actions you take since actions in the past can affect the future as well.

Also announced today was The Sims 3 Movie Stuff pack which allows players to create all new stories inspired by movie genres including Westerns, Creepy Features and Comic Book Blockbusters. Check out the gameplay trailer for Into the Future below as well as footage of the Movie Stuff pack.