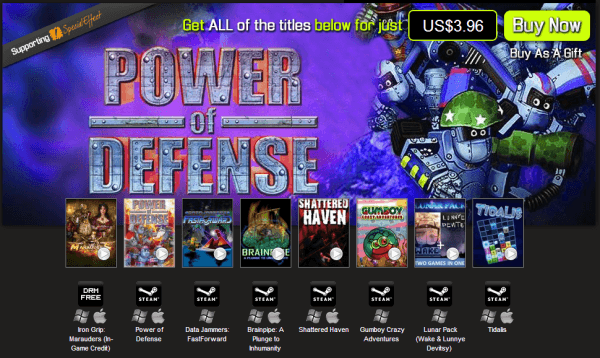 Bundle Stars, the online PC bundle retailer, has a special deal going on for gamers on July 4 – the United States’ Independence Day. As a way to wish gamers a ‘Happy Independence Day’, they’re releasing the $4 ‘Pure Indie’ bundle.

The Pure Indie bundle features eight Steam games, five of which also work on Mac. Those games include:

The Pure Indie bundle will be available for three weeks. You can check it out here.