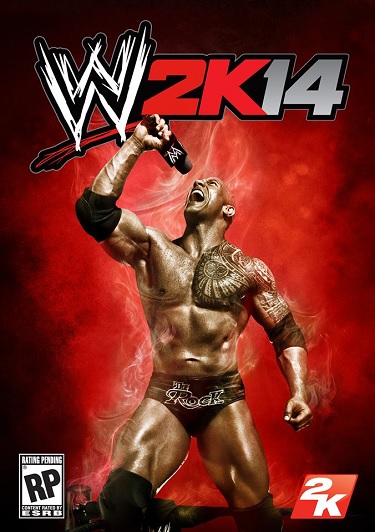 Yesterday during Monday Night Raw the official cover art for WWE 2K14 was revealed to the world and 2K Games has released a digital version of the cover art which features The Rock in one of his signature in-ring poses. To celebrate the revealing of the cover art the company also released a debut trailer which features some of the first gameplay footage of WWE 2K14 where we see not only The Rock and Stone Cold Steve Austin in action, but the late great Macho Man Randy Savage as well.

For those who may not be too happy with The Rock being featured on the cover, there is good news for you, WWE 2K14 will have reversible cover art and you can learn more about how you can take part in choosing the alternate cover here. Currently WWE 2K14 is set to be released on October 29th in North America and November 1st everywhere else.