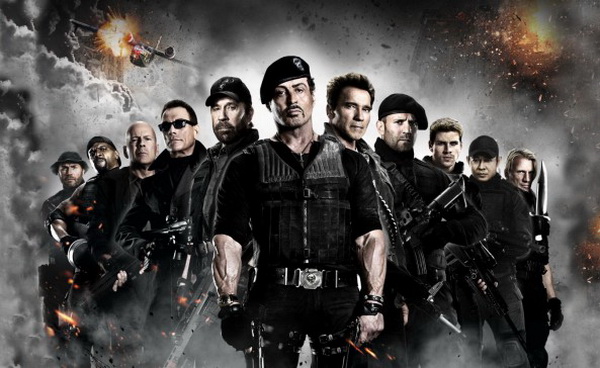 The third installment of the action–adventure franchise The Expendables, that follows the exploits of Barney Ross (Sylvester Stallone), Lee Christmas, and their associates, is rumored to have a crazy amount of action movie stars making their return or first time appearances. So far all we have are a whole bunch of rumors and speculation on who will be returning and who will be joining in on the action packed rollercoaster ride full of thrills, kills, explosions and non stop action.

Who will be the bad guy? Chan, Snipes, Cage or Jovovich?

Well, we all know that Stallone will be back as he’s co-writing the film and will be leading his team of Expendables once again, but who will be joining his team and who will be opposing them? So far the rumors are that the following four action celebrities could be 90% locked in: Jacky Chan, Wesley Snipes, Nicolas Cage and Milla Jovovich – star of the Resident Evil Series. These four celebrities are currently negotiating contracts for the their roles in the film. What we’ve also heard is that from one of these four celebrities just mentioned, we’ll have our “Bad Guy” that will lead the charge against the Expendables… Who could that be? Our money is going on Nicolas Cage.

A whole lot of other celebrities have also been rumored to make their return or first time appearances such as Jean Claude Van Damme from The Expendables 2, Steven Segal, Hulk Hogan, Mickey Rouke, Jet Li, Jason Statham, Dolph Lundgren, Bruce Willis, Chuck Norris and Arnold Schwarzenegger. But at the moment these are just rumors and there’s no cold hard concrete evidence just yet. We’ll all have to wait and see as time goes by and more information is released/leaked out to the public. 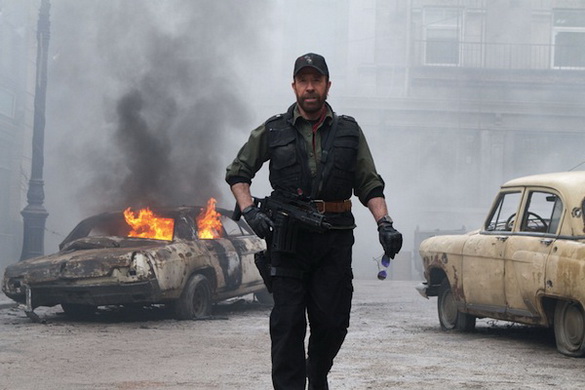 The Expendables 3 will be released sometime in 2014, directed by Patrick Hughes, and written by Dave Callaham and Sylvester Stallone.

Let us know what you think of the rumored cast so far and who you’d like to see make an appearance from your favorite action movies stars in the comment section below.