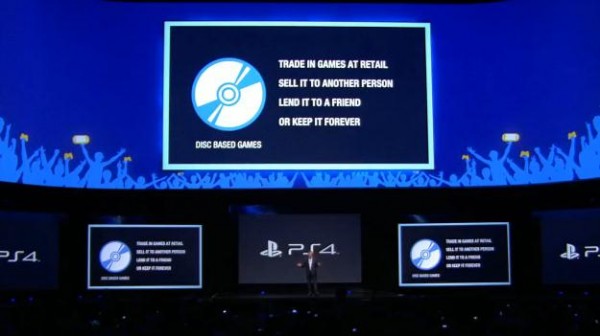 During their E3 Conference, Sony changed the opinions of many by standing up for the consumers, ensuring that used games would be a part of their future with the PS4. As you see in the image above, this type of new commitment was a bold move to make, but something many gamers have been concerned about greatly with the Xbox One.

I for one am proud to see such a sight, a company that came in last this generation, trying to turn their business model around by simply saying that your game is your own and not the property of the company that you bought it from. It truly shouldn’t be an issue, but Microsoft have now made it one. Sony, we salute you, and hopefully Microsoft will change their own minds and decide to let the consumer prevail as well during the upcoming generation.