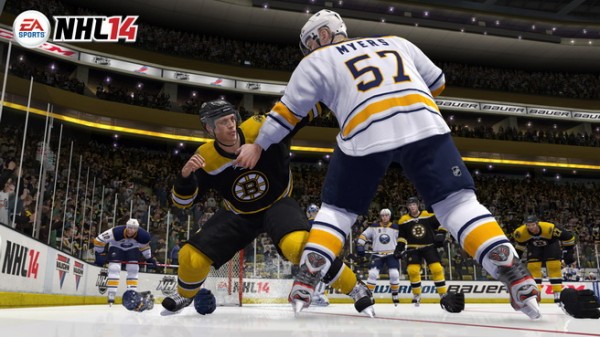 Today EA Sports released a new trailer for NHL 14 and the highlight of this video is how much effort the company has put into revamping the game’s fighting system. For quite a few games now, EA’s NHL fights have always been first person and rather stiff but from the looks of this new trailer they will appear similar to those that we actually see in a real hockey game.

Players will start a fight right after a hit or something similar and the rest of the players on the team will remain on the ice and jostle each other around as the two combatants duke it out. The Fight Night engine has been implemented to make these bouts as realistic as possible and bruises, cuts and other injuries have also been added to provide more realism when players duke it out this September when NHL 14 is set to be released.