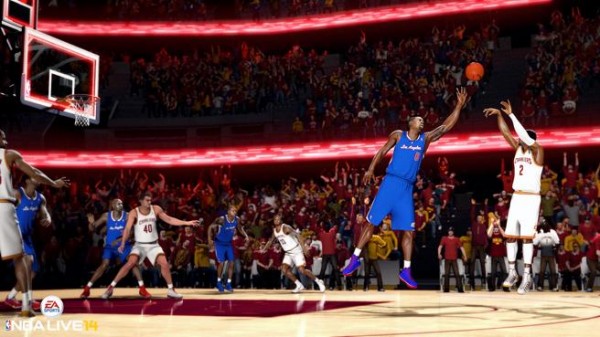 NBA Live 14 was announced today at EA‘s E3 presentation. The announcement trailer stars Cleveland Cavaliers point guard Kyrie Irving. NBA Live 14 is powered by the brand new Ignite engine that features new technologies and more intelligent AI. The game has the new BounceTEK technology for precise physics-based dribbling control. Gamers can pull off a variety of dribbles to help defend the ball in one on one match ups. Kyrie Irving was specifically chosen for the trailer due to his signature between the legs dribble that is demonstrated in the trailer. For the accuracy and statistic geeks, the in-game AI that draws on the same data that coaches and scouts use in the NBA. This allows the players to behave in the most realistic manner possible.

NBA Live 14 will be released for Xbox One and PlayStation 4 this fall.